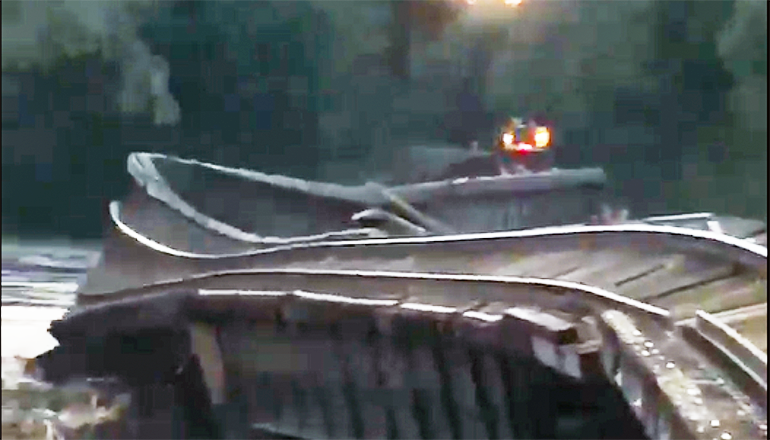 Norfolk Southern has suspended train service between northern Missouri’s Moberly and Kansas City, because of the collapse of the heavily-traveled railroad bridge over the Grand River in Brunswick. The bridge washed out, after a debris strike caused by heavy rain.

There were no injuries in the collapse. The National Weather Service says backwater from flood debris caused the collapse. Chariton County authorities have set up barricades, to keep boaters away from the area.

Brunswick emergency management director Brent Dickerson says Norfolk Southern crews are trying to re-route trains around it, by going from Mexico to Marshall.