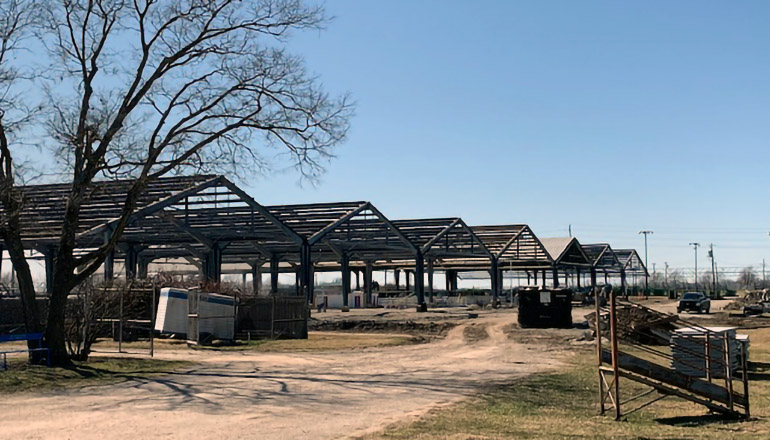 The 2020 state fair in west-central Missouri’s Sedalia will be a youth livestock show only, due to COVID-19 concerns. The 11-day fair begins Thursday and runs until Sunday, August 23.

“I think we’re going to have a good event out here (Sedalia), I think we’ve kind of referred to it more as a nostalgic fair. You know, back in the day when it pretty much just was livestock and folks coming in for that friendly competition,” Wolfe says.

Officials announced on July 17 that the state fair was pivoting this year to a youth livestock show. State health officials, fair leaders, and Governor Mike Parson say the best course of action was to limit the number of people on the state fairgrounds.

Wolfe expects thousands of people to attend, but nothing like numbers we see in a normal year.

While most of the buildings at the state fairgrounds will be closed during the upcoming fair, you’ll notice millions of dollars in capital improvements. Wolfe thanks the governor and the Missouri Legislature for their support, saying the fairgrounds look better than ever.

“Complete renovation I think $2.7 million renovations to the sheep pavilion, over $1 million in electrical upgrades to the swine barn,” Wolfe says.

Crews have made major electrical and plumbing upgrades at the sheep pavilion in Sedalia. A new LED light system is also now in place, along with new fans in each pen area.

At the heavily-used swine barn, gutter systems have been replaced. Lighting improvements have also been made.

While there won’t be a governor’s ham breakfast this year, you’ll notice the new 20,000 square foot pavilion that replaces the director’s tent. Wolfe says Nucor Steel in Sedalia donated the structure.

There will be shorter days this year, which Wolfe says will make it easier for cleaning crews. The crews will focus on cleaning and disinfecting.

There is no carnival nor concerts this year. There will be concessionaires on-site, to provide food.

The fair is offering free masks to everyone who attends this year.