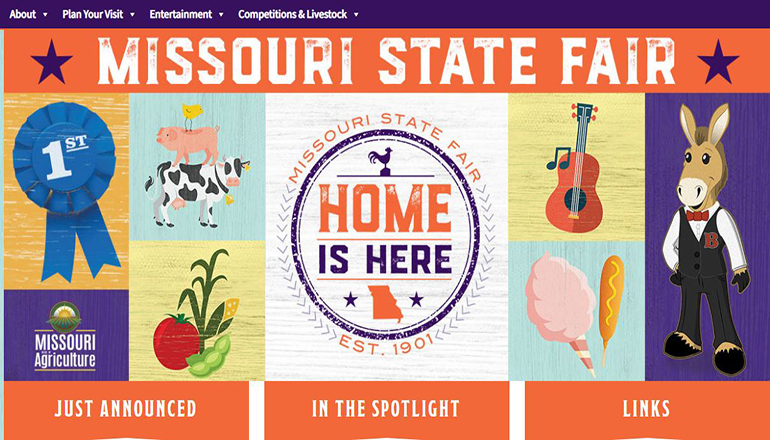 Lauren Bailey, daughter of Cathy and Danny Bailey, is the exhibitor of the 2020 Grand Champion Market Pen of Chickens at the Missouri State Fair Youth Livestock Show. Lauren is from Clinton and is a member of the Clinton FFA Chapter. Lauren’s prize-winning Pen of Chickens weighed 6.944, 6.899, 6.953, and 6.882 pounds.

The Reserve Grand Champion Market Pen of Chickens honor went to Jasey Peoples of Polo. She is the daughter of Gina and Jason Peoples and is a member of the Polo Trailblazers 4-H Club. Jasey’s Pen of Chickens weighed 7.08, 6.38, 6.5, and 6.5 pounds.

Many livestock exhibitors will work toward earning a place in the ring at the time-honored Sale of Champions Auction. Grand Champion and Reserve Grand Champion Steers, Barrows, Lambs, Meat Goats, Pens of Chickens and a Commemorative Sale of Champions Belt Buckle will be featured in the auction, which will be held at 1:30 p.m., Saturday, Aug. 22, in the Lowell Mohler Assembly Hall.