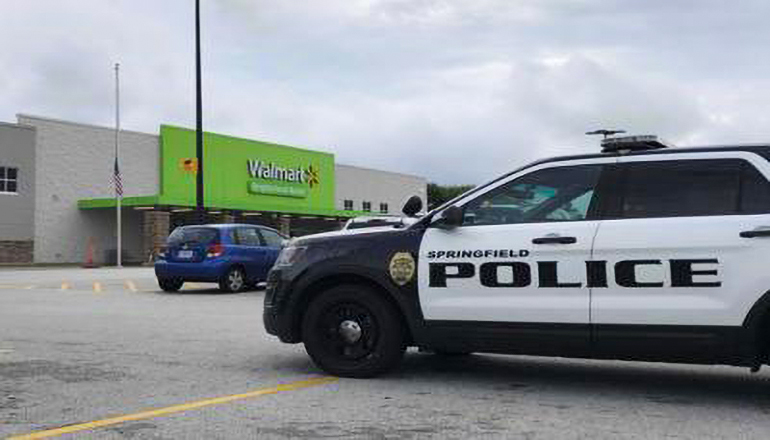 A heavily-armed gunman gave shoppers at the Walmart Neighborhood Market at Republic and Golden in Springfield a big scare. Springfield Police say the man, who’s 20, walked through the store after 4 o’clock, using his cellphone to video himself while talking to shoppers.

Lieutenant Mike Lucas says an off-duty firefighter who had his own gun stopped the man after he came back outside the store.

Lucas says luckily, no shots were fired and nobody was hurt, but he says it could have been worse. The man’s guns were loaded and he was carrying 100 rounds of ammo on him.