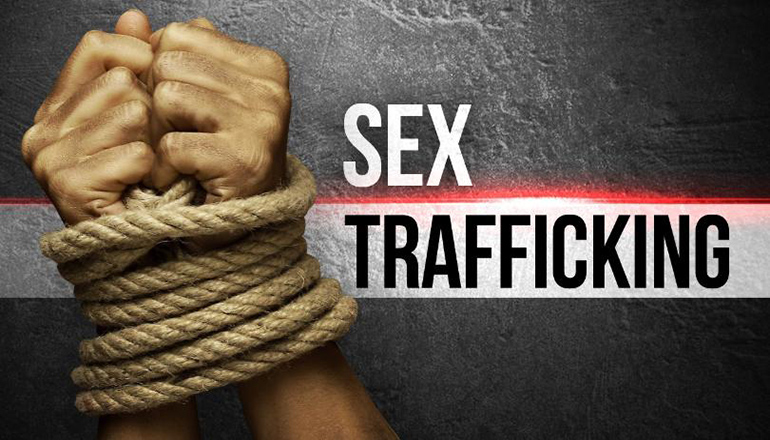 Prince Bixler, 41, of Lexington, Kentucky, was sentenced by U.S. District Court Judge Robert E. Wier to 36 years in prison followed by 10 years of supervised release and ordered to pay $333,100 in restitution to three sex trafficking victims.

In September 2020, a federal jury convicted Bixler of 15 federal felonies related to his extensive and violent sex and drug trafficking operation that forced young, drug-addicted women to prostitute and sell crack cocaine, heroin, and methamphetamines throughout the Lexington area. Specifically, the jury convicted Bixler of three counts of sex trafficking by force, fraud, or coercion, two counts of tampering with a witness, victim or an informant, one count of operating an unlawful prostitution business enterprise, six counts of distributing controlled substances including crack cocaine, heroin, and methamphetamine, and three counts of being a felon in possession with a firearm.

“Prince Bixler cruelly used violence to create a climate of fear to coerce his victims, while at the same time he increased their dependence on him by exploiting and furthering their serious drug addictions,” said Principal Deputy Assistant Attorney General Pam Karlan. “Human trafficking shatters the lives of those it impacts, leaving lasting physical and mental scars. There can be no place in our society for this conduct and I hope that this sentence brings some measure of justice to the victims while it also prevents Prince Bixler from harming others in the future.”

“Prince Bixler preyed on vulnerable women, to operate a prostitution enterprise and sell illegal drugs in our community,” said Acting U.S. Attorney Carlton S. Shier IV for the Eastern District of Kentucky. “His conduct caused enduring physical and emotional damage to these women, and further spread the devastation of highly addictive and dangerous drugs. We will continue to do our part in identifying, prosecuting, and punishing those who engage in human trafficking. The despicable conduct, in this case, justifies those efforts, and certainly warrants the punishment the Court has imposed.”

“Mr. Bixler was simply a predator in our community. This sentencing is a success in the fight against those who exploit the vulnerable and illustrates our dedication to bringing these criminals to justice,” said Special Agent in Charge James “Robert” Brown Jr., FBI Louisville Field Office. “We are also grateful to our law enforcement partners, especially the ATF, the Lexington Police Department, the Justice Department’s Civil Rights Division, and the Eastern District of Kentucky’s U.S. Attorney’s Office for their unwavering efforts not only in this investigation but in our continued fight to disrupt and dismantle human trafficking networks throughout the region.”

“Prince Bixler exploited women with physical violence and drugs while peddling illicit and deadly narcotics throughout the Lexington community,” said Bureau of Alcohol, Tobacco, Firearms, and Explosives (ATF) Special Agent in Charge R. Shawn Morrow of the Louisville Field Division. “Frequently these felons use firearms to further their violent, criminal activities. ATF is committed to investigating and arresting these felons and finding justice for their known and unknown victims.”

Evidence presented at trial, including the testimony of three victims, established that defendant Prince Bixler compelled three victims into prostitution between 2013 and March 2018 by physically assaulting them and others to create a climate of fear and intimidation. He exploited their dependence on crack cocaine or heroin, using it to worsen their addictions and to keep them around him. The defendant also sold crack cocaine, heroin, and methamphetamine throughout the Lexington area to numerous customers. When the Lexington Police Department executed a search warrant at the defendant’s residence in March 2018, they recovered numerous firearms. The defendant, a convicted felon, was prohibited from possessing these and other firearms.