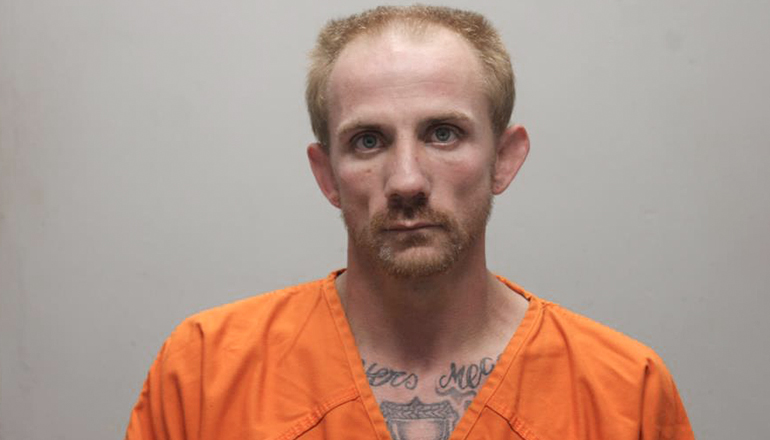 A fugitive investigation in Wheeling resulted in the arrest of a Wheeling man on August 22 on warrants for alleged traffic offenses.

Livingston County Sheriff Steve Cox reports 33-year-old Tye Joseph Evans was found hiding inside a tote inside an outbuilding in the southeast part of the community in which he allegedly barricaded himself inside.

Evans has been charged with the felonies of possession of a controlled substance and first-degree property damage. His bond was set on the drug-related charge at $7,500 cash only, no surety, drug patch, and Supervision Services, and no bond is allowed on the property damage charge. Bond hearings are scheduled for August 30.

Cox reports the sheriff’s office, the Highway Patrol, and a Department of Conservation agent and K-9 were at the scene. Officers gained entry into the building before finding Evans. Evans was questioned on multiple crimes that had previously been reported in the Wheeling area. The sheriff’s office also reportedly found a bag of methamphetamine that had been in Evans’ possession before the arrest.

A female in the building was found to be in possession of brass knuckles, and it was noted that her vehicle had previously been at the scene of a burglary or theft in Chillicothe. Information has been shared on that with the Chillicothe Police, and multiple investigations continue. An additional charge or charges are being considered.