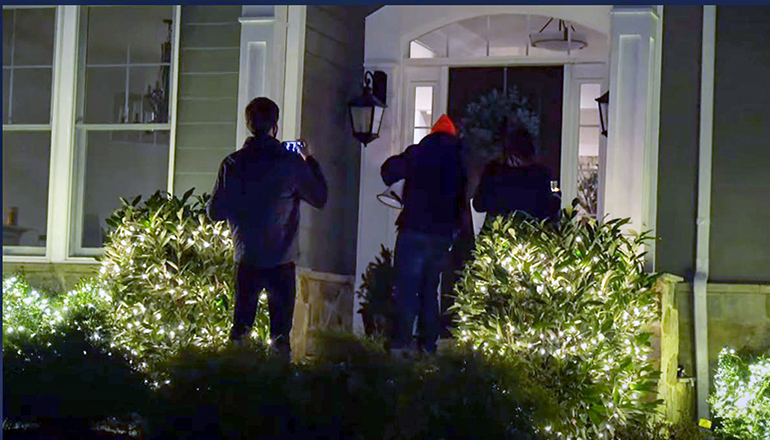 Missouri U.S. Senator Josh Hawley says “Antifa scumbags terrorized his family” last night at his Virginia home while he was away in Missouri. Alisa Nelson reports.

On Twitter, Senator Hawley says the group screamed threats, vandalized, and tried to pound open the door to his home with his wife and baby inside. The Washington Post has released video of protesters with a group called ShutDownDC at Hawley’s home last night staging a vigil with police standing near them.

Video shared by the group shows participants writing in chalk on the sidewalk, chanting through a megaphone, and leaving a copy of the Constitution on Hawley’s doorstep. Police did not appear to haul anyone off. The group was reportedly there to protest Hawley’s role in promoting “unsubstantiated theories about widespread election fraud.”


Photo is a screen capture of video posted on Youtube of protest group arriving at Senator Hawley’s home
Post Views: 86,255