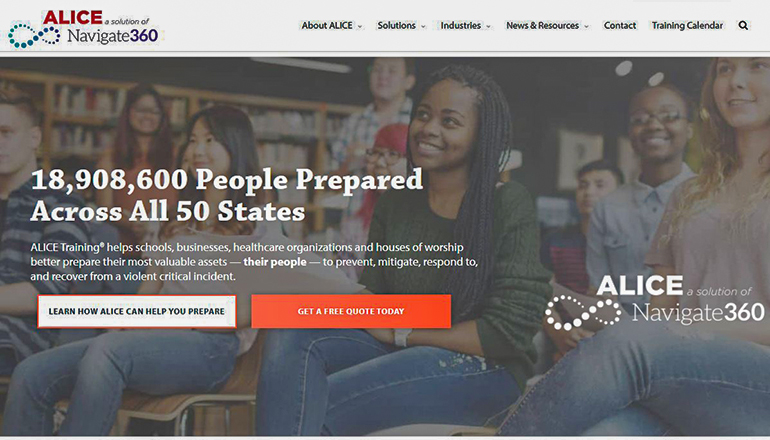 A Trenton Police officer discussed the ALICE Active Shooter Training Program at the Trenton Rotary Club meeting on November 18.  ALICE stands for Alert, Lockdown, Inform, Counter, and Evacuate, which is the protocol followed in an active shooter situation.

Officer Jeff Spencer reported the program was developed in 2000 originally for school situations, but it has been adapted for use by churches, hospitals, and businesses.  He said it is hard to determine who an active shooter might be, and events usually happen quickly once a shooter is at a location. Active shooters usually plan their attack until the time they are ready to execute it; however, does not usually go as planned, and there is usually what Spencer called “total chaos.”

During the business meeting, a sign-up sheet was passed around for Rotary Club members to help with Holiday Hoops on December 18th.

Members will also ring bells for the Salvation Army in December. A sign-up sheet for that will be available at the Rotary Christmas Party at The Space on December 2nd at 6 o’clock in the evening. There will not be a regular meeting that day.