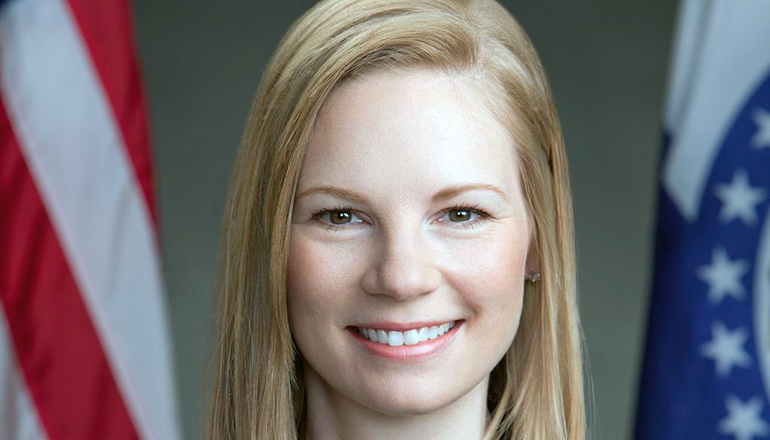 State Auditor Nicole Galloway is seeking information on Governor Eric Greitens’ possible use of private attorneys to defend him in court and in the legislature.

Galloway distributed a letter her office wrote to Greitens office Monday. It asks whether state money is being used, or will be used, on private attorneys to represent him over possible disciplinary action in the upcoming special session. The letter requests copies of proposals, bids, contracts and itemized billing connected the use of public funds to retain private lawyers.

Greitens originally hired Washington, D.C. attorney Ross Garber in early April to represent his office, which means tax money is being used to pay Garber’s fee of $320 per hour. salary. Although a felony invasion of privacy charge against Greitens was dropped Monday, he faces an additional felony computer tampering charge and possible impeachment for his alleged activity related to both accusations. Garber has previously represented three other embattled governors facing impeachment – Robert Bentley of Alabama, Mark Sanford of South Carolina and John Rowland of Connecticut.

When Garber was initially hired, state Senate Appropriations Committee Chairman Dan Brown, R-Rolla, was among the lawmakers expressing concern over the arrangement. “I don’t think that’s probably appropriate,” said Brown. “If you don’t want to use your own general counsel and you don’t want to use counsel provided for you…you want different counsel, then I think you should probably be responsible for paying the bill, not the taxpayers.” The hiring of an outside attorney normally involves the Missouri Attorney General’s Office.

A spokesperson for Attorney General Josh Hawley’s office said no request to hire Garber was made or authorized. Auditor Galloway’s office has requested a to its inquiry by Friday. A special House committee investigating Greitens is holding a hearing Wednesday morning which could also include the governor’s use of private attorneys.