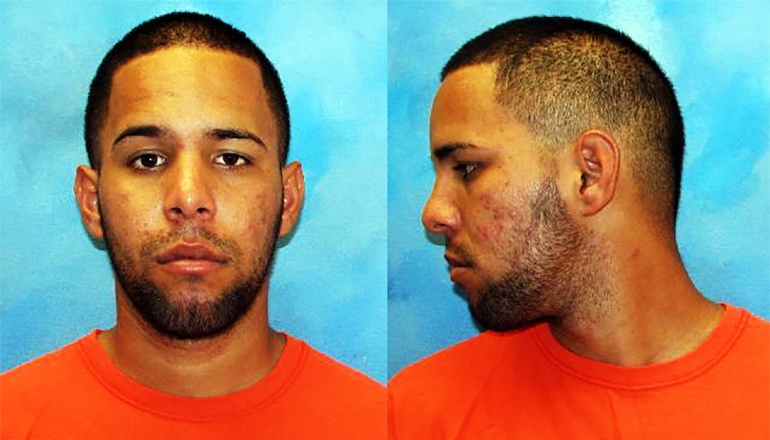 The member of a violent St. Joseph, Mo., gang pleaded guilty in federal court to his role in a RICO conspiracy that involved acts of murder, attempted murder, drug trafficking, and armed robberies, among other crimes, as part of a criminal enterprise.

By pleading guilty, Calderon-Oliveras admitted he was involved in a conspiracy to violate the Racketeer Influenced and Corrupt Organizations Act (RICO) in 2012 and 2013. The criminal enterprise engaged in acts of violence, including murder and attempted murder, armed assault, armed robbery, extortion and witness intimidation. The gang trafficked in heroin, cocaine, crack cocaine, methamphetamine and marijuana. Although members of the St. Joseph gang were often referred to as Latin Kings, the enterprise was not formally affiliated with the Almighty Latin King and Queen Nation.

Members of the enterprise enriched themselves and funded their operations with the proceeds of drug trafficking, robbery, burglary and extortion. They targeted rival drug dealers for robbery, not only to obtain the robbery proceeds, but to eliminate and deter competition in the drug trade and, at times, to extort a financial stake in future drug sales from the rival by offering “protection.” Members of the enterprise also extorted money from innocent victims by offering “protection” from future robberies and acts of violence.

Leaders and members of the enterprise promoted a climate of fear in the community through repeated waves of gunfire, beatings and destruction of property, among other crimes of violence and intimidation. The gang was based in St. Joseph but also operated in Kansas, Iowa and Massachusetts, among other places, and recruited many of its members and associates from Puerto Rico.

Calderon-Oliveras also admitted that he and a co-conspirator robbed Sack-N-Save grocery store in St. Joseph at gunpoint on Sept. 28, 2012, a crime for which he pleaded guilty in in 2013 in state court.

Under the terms of today’s plea agreement, Calderon-Oliveras will be sentenced to 10 years in federal prison without parole. A sentencing hearing will be scheduled after the completion of a presentence investigation by the United States Probation Office.

This case is being prosecuted by Assistant U.S. Attorneys Patrick C. Edwards, David Raskin and Emily A. Morgan. It was investigated by the Bureau of Alcohol, Tobacco, Firearms and Explosives, the St. Joseph, Mo., Police Department and the Buchanan County, Mo., Sheriff’s Department.