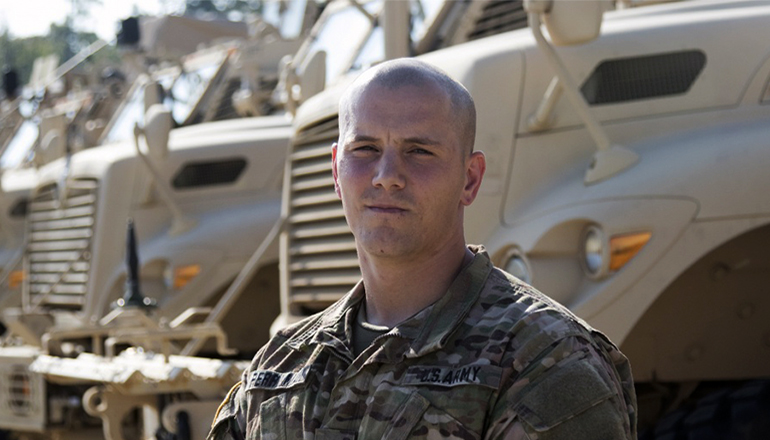 Growing up in Springfield, Missouri, Sgt. Jeston L. Perryman never envisioned being a skilled operator of foreign military-grade weapon systems. Even after enlisting as a small arms artillery repairman in the U.S. Army, he imagined he would primarily troubleshoot malfunctions of infantry weapons and towed artillery.

Perryman’s assumptions would be correct – in a typical Army unit.

However, Perryman is only one of many hand-selected Soldiers who serve in the U.S. Army’s first Security Forces Assistance Brigade, an exclusive specialized unit comprised of Soldiers selected based on qualifications and experience.

“It has, hands down, been the greatest opportunity I have had in my career,” said Perryman. “I have done things in the short amount of time I have been assigned here that many don’t get to experience once in their time in the Army.”

In the past, advise and assist missions were conducted primarily by brigade combat teams. The creation of SFABs will allow BCTs to shift their focus back on readiness for warfighting against near-peer threats.

Perryman touts the SFAB’s as building an elite fighting force – with a caliber of training and leadership surpassing any other unit he has served with.

Perryman, along with all other Soldiers in the SFAB, have attended the Military Advisor Training Academy. The MATA provides specialized training for advisors.

“We’ve already done some simulated key leader engagements with Soldiers acting as role players as Afghan counterparts during the MATA,” said Perryman. “It’s unlike anything I have ever done before.”

Additionally, Perryman had the opportunity to attend foreign weapons training – receiving close to the same experience the Army’s special operations community has on the subject.

“We were able to get familiarized with Afghan weapon systems such as the AK 47, the Rocket Propelled Grenade 7 and the DShK,” said Perryman. “This way we are adequately prepared to train our foreign-national counterparts on their own weapons.”

Foreign weapons familiarization is not the only incentive that a Soldier has to look forward to if they make the decision to apply for the premier, volunteer-only unit.

Volunteers will receive a multitude of training to include common core operations, advising, communications, foreign weapons, and foreign language training, culminating with division-level sponsored capstone exercises at one of the Combat Training Centers prior to deployment.

Like many Soldiers who raise their right hand to serve, Perryman knew he wanted to deploy – soon and often. Although much of the Army has seen a decline in frequency in overseas and combat deployments, SFABs will deploy to combat and will likely sustain a higher deployment tempo than other conventional Army units.

Perryman urged his peers to obtain more information if they think they are interested in the great and diverse opportunities the SFAB has to offer.

“My company has 51 people, so you really get to know each other,” said Perryman. “There is a type of unit cohesion that is unlike any other unit that I have served with. It’s great. You know everyone here deserves to be here.”