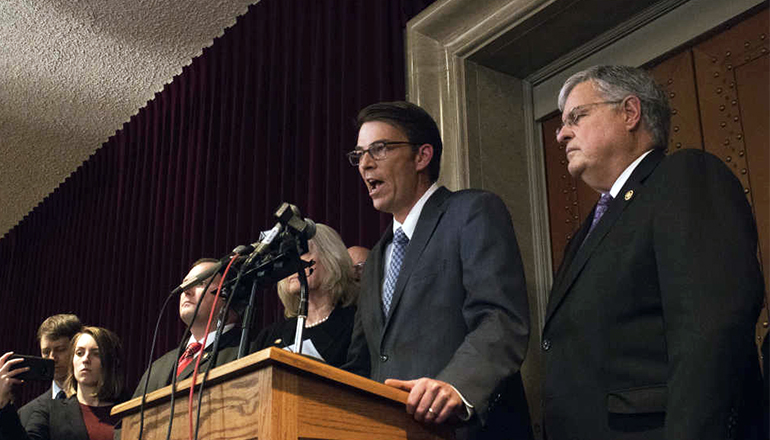 Speaker Todd Richardson tells the Capitol Press Corps the committee’s job was not to make their own conclusions but to hear testimony and judge the credibility of witnesses.

The testimony outlined in a Missouri House committee’s report about Eric Greitens is described as “beyond disturbing” by House Speaker Todd Richardson. The Poplar Bluff Republican tells Capitol reporters the bipartisan House Special Investigative Committee on Oversight has no political agenda.

Richardson says he and Senate President Pro Tem Ron Richard support a special session, regarding recommendations. It would take a three-fourths majority of both the Missouri House and Senate to call themselves into a special session. The House Special Investigative Committee on Oversight released a 24-page report Wednesday evening.