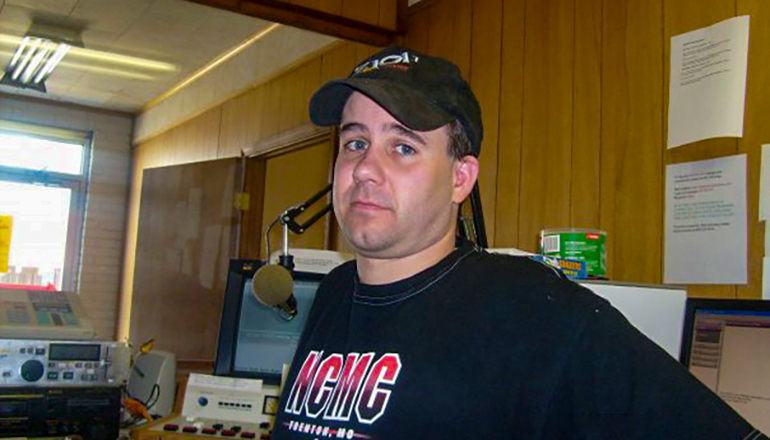 Rick Cole with Pirates Digital Media interviewed Johnson and asked what his initial thoughts were about being inducted into the hall of fame.

Tom moved from Hiawatha, Kansas to Trenton almost 20 years ago and said, that 20 years goes by fast.

One memory is when Coach Max Mothersbaugh coached the NCMC women, and the team played in the Region 16 Championship against what was then Penn Valley. Johnson noted Penn Valley was ranked number two or three in the country at the time.

Johnson graduated from high school in Wrenshall, Minnesota. He said that during his senior year, he was on a morning radio program about happenings at area high schools. The program was on WKLK in nearby Cloquet.

Johnson graduated with a degree in Broadcasting Communications from the University of Northwestern in Roseville, Minnesota, saying his first major radio job started in Hiawatha, Kansas in 1998. He worked there for five years.

Johnson advised someone getting started in sports broadcasting to put work into it.

Pirates Digital Media provided the audio for the interview of KTTN/KGOZ Sports Director Tom Johnson after his induction to the NCMC Hall of Fame.