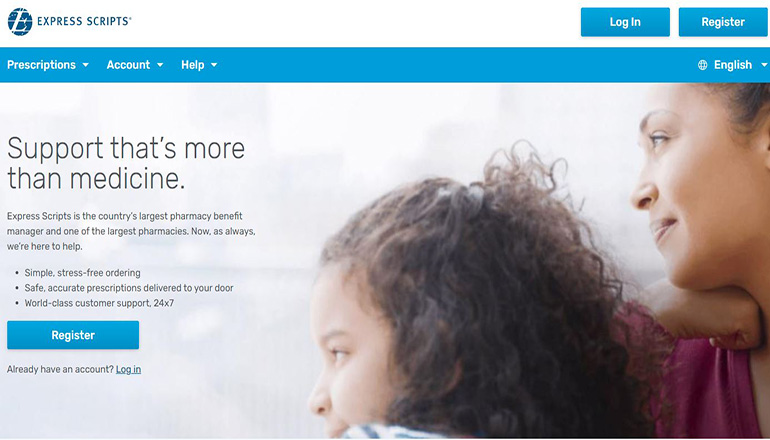 (Missouri Independent) – In the first test of a 2020 U.S. Supreme Court ruling, drug middlemen last week argued that federal law gives them a right to limit which pharmacies patients with health insurance can use — or at least make it more expensive if patients get their medicine at a shop that isn’t preferred by the corporations.

A lawyer for an industry group argued that the right to limit pharmacy networks is important to ensure quality. But he failed to note that the three biggest middlemen are owned by health care corporations that own pharmacies themselves.

The argument is likely to add grist for those who claim that the Fortune 15 corporations are engaged in practices that are driving up costs and driving out competitors.

The industry group, the Pharmaceutical Care Management Association, made the arguments last Wednesday before the 8th U.S. Circuit Court of Appeals in St. Louis. It was a rehearing of a 2020 ruling that struck down North Dakota’s attempts to regulate businesses known as pharmacy benefit managers.

In the earlier ruling, the appellate court held that the federal Employment Income Security Act of 1974 severely limited state governments’ ability to regulate the benefit managers, which are also known as PBMs.

But last year, the U.S. Supreme Court heard a similar case also emanating from the Eighth Circuit and unanimously ruled in October that the federal law applied to health plan design and administration — and didn’t apply to many of the limitations that states were trying to put on the PBMs hired by the plans.

The high court then ordered the Eighth Circuit to rehear the North Dakota case.

Insurers hire pharmacy benefit managers to administer drug benefits. Often, they’re hiring their corporate siblings because, since 2014, each of the big three has either bought or been bought by a major insurer.

Among their functions, PBMs control lists of which drugs are covered and whether medicines on them get preferential treatment in the form of lower deductibles or by not needing prior authorization.

The three biggest PBMs — CVS Caremark, OptumRX, and Express Scripts — are estimated to represent more than 70% of all insured Americans. So they have great leverage when they negotiate with drug makers for rebates, fees, and discounts in exchange for drug makers getting their products covered.

Groups of large employers and pharmacy groups suspect the big PBMs are using a lack of transparency to pocket a healthy slice of the money they’re getting through these transactions. That’s helping to drive up the cost of drug benefits, they say.

The PBMs insist they’re saving money for consumers, but last month they sued to stop a federal rule that would require the industry to report the discounts and fees it gets from drug makers.

In addition, each of the big three PBMs is standing up a “group-purchasing organization” — two of which are offshore — to handle transactions with drug makers on the PBMs’ behalf. That’s sparked great fear that the industry is introducing yet another curtain between the people who pay for health care and the true cost of the drugs they’re paying for.

Then before the Eighth Circuit last week, the PBMs argued for the right to control pharmacy networks in ways that would allow them to give an advantage to their own companies.

Among their other powers, PBMs create pharmacy networks and determine how much to reimburse them for drugs.

They have that power even though each of the big PBMs is in some fashion operating pharmacies of their own. CVS owns the nation’s largest retail chain and all three own mail-order pharmacies for specialty drugs — the most expensive class.

The PBMs insist they don’t give special treatment to affiliated pharmacies, but apparent evidence to the contrary has emerged.

The Columbus Dispatch in 2019 obtained confidential portions of an Ohio analysis showing that under the Ohio Medicaid program in 2017, CVS reimbursed Walmart and Kroger pharmacies far less than its own. Despite the fact that the information has been publicly reported, CVS has been fighting in court for the last three years to keep an unredacted version of the state report under wraps.

Also, the big three PBMs often tell cancer patients they won’t pay to fill prescriptions that cost thousands of dollars a month at pharmacies housed in oncology clinics where their doctors work. Patients have to instead get cancer medicine from mail-order pharmacies, even though the arrangement has been known to cause treatment delays and other costly foul-ups.

PCMA attorney Michael B. Kimberly argued that under the Supreme Court decision, that still violates federal law because it affects health plan design and administration. A lawyer for the state rejected that assertion.

But what might be more striking is Kimberly’s argument that despite state licensure requirements that many regards as strict, it would be good policy to allow PBMs to create their own, much-stricter rules.

“This is an opportunity for a plan to drive more volume to a smaller number of very high-quality mail-service pharmacies,” Kimberly said.

He didn’t mention that three of the top-10 health plans in the United States are owned by the same corporations that own the big three PBMs — or that each one of those owns at least one mail-order pharmacy.

So it’s conceivable that Cigna, the nation’s eighth-biggest health plan, could write network requirements that only mail-order pharmacies owned by its PBM, Express Scripts, could meet. If that were the case, a single corporation could get all that mail-order business.

The North Dakota law also requires the PBMs to allow any state-licensed pharmacy into their networks.

Saying PBMs are still protected against that by federal law, Kimberly outlined a scheme that implied that state pharmacy regulations are relatively weak and that health plans could create much stricter requirements for brick-and-mortar stores.

In rural places such as North Dakota, having your local pharmacy in your insurance network can be a big deal because it can be a long drive to the next closest one. For those facing transportation problems, it’s an even bigger challenge.

Under the scheme outlined by the PBM lawyer, people might be able to keep using their preferred pharmacy, but it would be more expensive.

“A plan sponsor may well offer two drug benefits,” Kimberly said. “One drug benefit might offer a very narrow network. This is a network where the plan directs participants to a smaller number of pharmacies that meet much higher requirements for accreditation and higher standards to ensure that they provide drugs in a cost-efficient and effective and safe, high-quality way. This is a less-convenient benefit for a participant because they have fewer pharmacies to go to, but they would pay a smaller premium.”

He added that a health plan “might offer a second prescription drug benefit.. and this benefit might have a much broader network of pharmacies. This network would meet fewer standards for inclusion.

“Aren’t those inefficiencies alone, which are not enough to trigger (the federal benefits law’s) preemption?” one asked. “I’m quoting the Supreme Court.”

Robert Thomas Smith, the lawyer representing North Dakota, noted that 34 states have joined with it in the lawsuit. He said they joined because the PBMs were trying to weaponize federal law regarding health benefits to keep states from regulating powerful businesses.

He added that the North Dakota laws don’t dictate the designs of health plans or make administrative decisions for them.

“What they do is prohibit PBMs from imposing arbitrary accreditation standards that essentially prevent patients from receiving drugs at a pharmacy if it’s licensed and authorized to dispense that drug,” he said

Marty Schladen has been a reporter for decades, working in Indiana, Texas, and other places before returning to his native Ohio to work at The Columbus Dispatch in 2017. He's won state and national journalism awards for investigations into utility regulation, public corruption, the environment, prescription drug spending, and other matters.