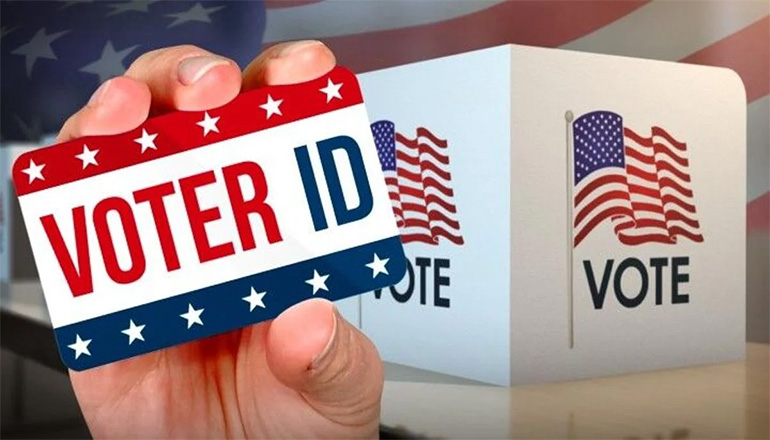 (Missouri Independent) – Missouri Gov. Mike Parson announced he will sign a wide-ranging elections bill on Wednesday that would require voters to present government-issued photo identification to cast a ballot.

The bill includes a litany of election law changes, ranging from prohibiting touch-screen voting machines to requiring election authorities to conduct cybersecurity reviews. It also will do away with Missouri’s presidential primary and create a two-week window to cast an absentee ballot without an excuse.

It represents just the latest attempt by the GOP supermajority in the Missouri legislature to enact a voter ID law. While lawmakers have approved the idea numerous times, and voters signed off on putting it in the state constitution in 2016, it has never withstood a legal challenge.

Currently, voters can present a variety of different forms of identification at the polls, including some that don’t include a photo, like a utility bill or voting card.

Under the bill Parson will sign Wednesday, registered voters would either have to get a government-issued photo ID or be forced to cast a provisional ballot on Election Day.

The provisional ballot would be counted only if the voter returns later that day with a photo ID or if election officials can verify their signature based on voter records.

About 137,700 registered voters in Missouri did not have a state-issued identification in 2017, according to an analysis from the Secretary of State’s Office. Another 140,000 voters had expired IDs and 2,000 more voters had forfeited their driver’s licenses.

“We have a pretty good system in our state already, but I think the last election showed we always ought to take a look and put our legislation or elections laws under the microscope a little bit and see where there were some gaps,” state Rep. John Simmons, R-Washington and the bill’s sponsor, told the Washington Missourian.

“And there were some gaps in a lot of states,” he said, “and I think we filled some of those gaps.”

Proponents of the idea say it’s an effort to prevent voter fraud, though instances of fraud that would be prevented by a photo ID requirement are exceedingly rare.

One study found that between 2000 and 2014, there were only 31 instances of voter impersonation fraud — in which a voter pretends to be someone else at the polls — out of more than one billion ballots cast.

Critics of voter ID laws say the requirements disproportionately impact voters of color, the young, and the disabled.

Many of the other provisions in the bill were inspired by debunked conspiracy theories about the 2020 election.

For instance, the bill requires all automatic tabulating equipment and electronic voting systems to all be “air-gapped,” or disconnected from the internet or any network.

But local election authorities have repeatedly pointed out that election equipment is not connected to the internet. All that equipment is certified by the Secretary of State’s Office. They use an encrypted memory stick that’s certified by a bipartisan election team.

While Democrats vehemently opposed the legislation, they did manage to attach a provision allowing Missourians to vote at their election authority office without an excuse the two weeks before an election.

Currently, Missourians can vote absentee in advance of an election if they attest under penalty of perjury to being incapacitated or confined due to illness or physical disability, out of town, incarcerated, religious exemptions, or if they’re working at the polls on Election Day.

For those voting from home, however, the legislation requires that a person be incapacitated or confined due to illness or physical disability “on Election Day.” And if the reason for voting absentee is due to being primarily responsible for the physical care of a person who is incapacitated or confined due to illness or disability, the person voting would have to live at the same address as the person that is being cared for.