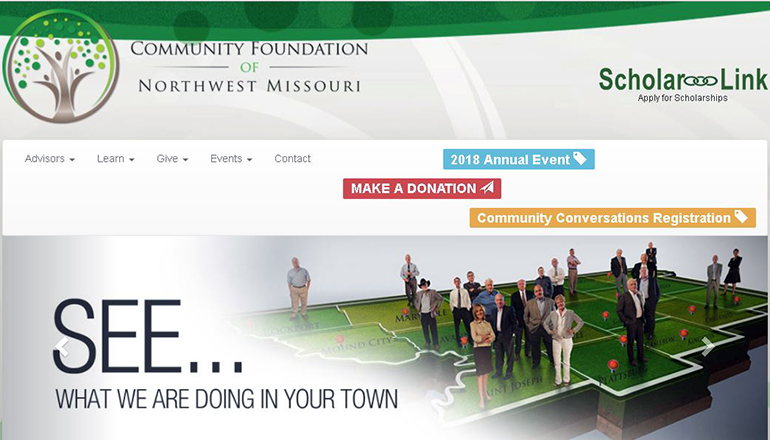 A former Trenton resident has been appointed to the Community Foundation of Northwest Missouri Board of Directors. Steve Maxey of Kansas City recently retired from the foundation as its Director of Marketing and Fund Development. Upon his retirement, he was appointed to the 21-member board made up of representatives from the 18-county region.

Maxey is currently the Secretary of the Trenton High School Alumni Association/Foundation Trust for THS Board of Directors. He recently received an Honorary State FFA Degree.

He previously served as the North Central Missouri College Foundation Director and the college’s Director of Marketing. He was named to the Distinguished Class of Alumni at NCMC and was recently inducted into the NCMC Athletic Hall of Fame. Maxey was instrumental in establishing the High School Holiday Hoops and served as Director for 15 years. He also played a part in the Missouri Day Festival and Marching Festival.

Maxey was previously employed as an Assistant Vice President of Mercantile Bank of Trenton. He also served as Marketing Director and Director of Senior Accounts at the bank.

He founded the Miss Trenton Area Scholarship Pageant and served as its Director or Producer for more than 30 years. He was the Director of Field Operations and Business Manager for the Miss Missouri Pageant.

Maxey has been named Missouri’s Outstanding Civic Leader, selected as a Paul Harris Fellow by the Trenton Rotary Club, and received the Above and Beyond Award from the Trenton Area Chamber of Commerce. Former Governor Mel Carnahan named Maxey to the Missouri Community Services Commission.