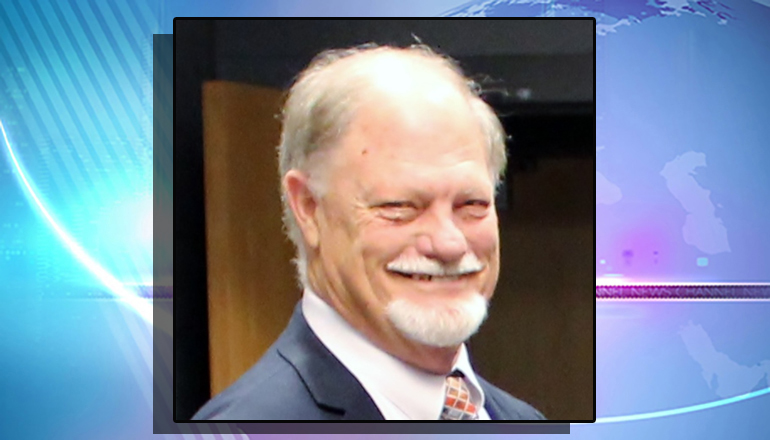 Allan D. Seidel is the third NCMC Distinguished Alumni that will be recognized during the Pirates Ball on February 23rd at the Red Barn in Trenton, MO.

Mr. Seidel attended Trenton Junior College from 1965-1966. After leaving T JC, Allan completed his BS degree at UM-Colombia and his Juris Doctor degree at UMKC Law School. Prior to starting law school, he served as a social worker in Chicago and later was an investigator for the Missouri Commission on Human Rights while attending law school. Following graduation from UMKC Law School, Allan was an Assistant Attorney General in Jefferson City prior to returning to Trenton and joining the law firm of Miller & Humphreys.  Allan continues to practice law in Trenton with the firm of Seidel, Havens & Dennis. He served as Grundy County Prosecuting Attorney from 1974-1978. Allan has maintained membership in the Missouri Bar Association and has assumed various leadership roles for that organization. He was a member of the Missouri Bar Association Board of Governors from 2003-2011 representing seventeen counties in Northwest Missouri and was an MBA Young Lawyers Council Representative for the same area from 1978-1986. Allan has been appointed to various Missouri Supreme Court Select Committees over the past forty-five years and is currently serving as a member of the Committee for Racial and Ethnic Fairness which was initiated by the Court in response, to the unrest in Ferguson, Missouri.

Allan has made his presence known in his hometown with involvement in numerous activities. He has been a speaker for estate planning seminars sponsored by the University of Missouri Extension Service and the NCMC Foundation on several occasions. He was president of the Grundy County Chapter of the University of Missouri Alumni Association from 1976-1999. A member of the Trenton Jaycees, he served as president 1977-1979 and was recognized as one of Ten Outstanding Young Missourians by the Missouri Jaycees in 1978, serving as Legal Counsel to the Missouri Jaycees from 1976-1980. Allan has been a member of the Trenton Rotary Club since 1974, serving as president in 1979. While a member of the Wesley United Methodist Church from 1960 to 2014, Allan served as chair of various committees. Currently a member of Dockery Chapel United Methodist Church, he has been Chair of the Trustees and presently is Chair of the General Board. Allan has been on the Board of Directors of the Community Actions Partnership of North Central Missouri since 2014, serving as Vice Chairman since 2017. He has been a member of the NCMC Foundation Board of Directors since 2014 and currently is Chairman of the Board. Allan was involved in youth sports as a volunteer coach in softball and basketball from 1974 to 1993.

“I have known Allan since his family moved to Trenton in the mid-1950s as a classmate and friend. I am well aware of Allan’s passion for education in general and NCMC in particular,” commented Dr. John Holcomb who nominated Mr. Seidel.  “He speaks of the impact that two of NCMC Emeriti, Tom Brown and Louis Pushkarsky had on his life. Allan’s law firm has also been a supporter of the college, helping to establish the Barton Trust and representing the Bosley brothers’ estates and the Covey Family Trust.”

Allan along with Evelyn Trickel and Arthur Lawrence (Arnie) Arneson will be recognized during the Pirates Ball along with NCMC Foundation’s lead gift contributor, Voyage Fund donors, and NCMC family and friends.  “The 1st Annual Pirates Ball will have something for everyone”, explained NCMC Director of Development Alicia Endicott.  “Not only are we honoring three deserving distinguished alumni and a very generous lead gift contributor, but the Foundation also wanted to provide a fun evening with good food, entertainment, and a live auction to benefit the Knowledge Fund our general scholarship fund.” To reserve your ticket for the Pirates Ball please call 660-357-6403.