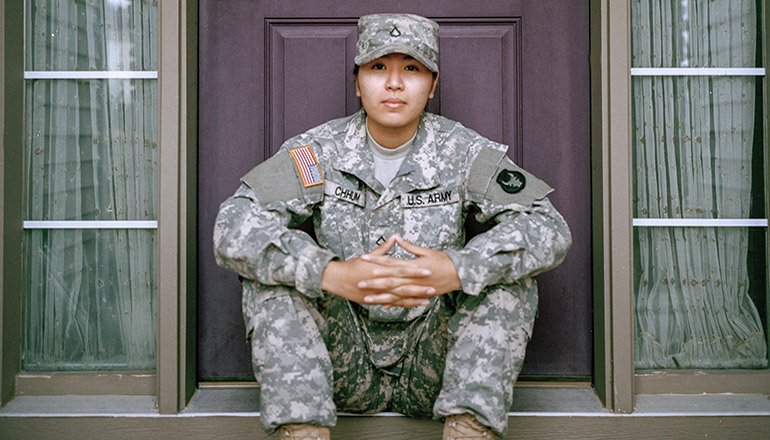 (Missouri Independent) – As the Senate works to finalize a major annual defense measure, there is a bipartisan push to include a requirement that all young Americans — including women — for the first time register for the military draft.

The $777.9 billion measure, the National Defense Authorization Act of 2022, also would allocate millions to cleaning up toxic chemicals at bases and extend a heath study of the chemicals’ effects on people.

Some lawmakers leading the effort to allow all Americans ages 18 to 25 to be included for registration with the Selective Service System are Reps. Chrissy Houlahan, D-Pa., and Michael Waltz, R-Fla., as well as Sen. Joni Ernst, R-Iowa, and the chairman of the Senate Armed Services Committee, Jack Reed, D-R.I.

“Simply put, as the Selective Service System is currently written it is unconstitutional and discriminates based on sex,” Houlahan said in a statement.

Current law refers to the registration of “male persons” and both documented and undocumented immigrants are included.

The military now is all-volunteer, and there hasn’t been a draft since the Vietnam War, but the registration system is maintained.

The White House also agreed with lawmakers on the update to the selective service.

“The administration supports section 513 and the registration requirement for all citizens, which further ensures a military selective system that is fair and just,” according to the Biden administration, referring to the section of the bill dealing with the requirement.

However, the White House also said it opposes the removal of “incentives for registration” because they are needed “to achieve an equitable system that can be implemented effectively.” When men register for selective service, they remain eligible for federal benefits like state-based student aid, loans, and job training programs.

Houlahan also included a 12-week maternity and paternity leave for primary and secondary caregivers in the NDAA, the shorthand for the massive defense legislation.

The House passed its version of the NDAA in September, with a vote of 316-113. The Senate has not yet scheduled a vote and continues haggling over the details, but the draft provision is included in its version.

Ernst, the first female veteran senator, has spoken in favor of allowing women to be included in the selective service.

“We are now competing in the space of combat arms, and I think it’s important that we all serve to the best of our capacity,” she told Axios.

The report’s findings were published in 2020, with the recommendation that women be included.

The Selective Service System currently includes men who are between 18 and 25, which equated to about 17 million men in 2019, according to the agency.

But not all Republicans are on board with the concept.

Sen. Josh Hawley of Missouri is leading at least a dozen senators pushing for a removal of the provision.

In a statement, Hawley argued it’s “wrong to force our daughters, mothers, wives, and sisters to fight our wars.”

“Our country is extremely grateful for the brave women who have volunteered to serve our country with and alongside our fighting forces,” he said. “But volunteering for military service is not the same as being forced into it, and no woman should be compelled to do so.”

Republican Sens. Marco Rubio of Florida and Steve Daines of Montana made similar remarks and introduced a resolution with Hawley “expressing that the Senate should not pass legislation mandating the registration of women for the Selective Service System.”

Neither Rubio, Daines nor Hawley have served in the military.

The NDAA also includes $549 million toward the testing and cleanup of toxic chemicals known as per- and polyfluoroalkyl substances, or PFAS, at military sites.

The chemicals are linked to several health problems such as thyroid issues, some cancers, and liver damage.

Those provisions direct the Department of Defense to report the status of cleanup at 50 PFAS sites across the country.

They also require the agency to publicly announce the results of drinking and groundwater testing for the chemicals at nearby military sites and prevent DOD from purchasing materials made out of the chemicals.

On the Senate side, Democratic Sens. Jeanne Shaheen of New Hampshire, Kirsten Gillibrand of New York, and Richard Blumenthal of Connecticut included in the NDAA language to establish deadlines for DOD to test for the chemicals at all military sites and require the agency to provide reports on PFAS remediation at those sites.

“This amendment will ensure better transparency and accountability to confront and clean up PFAS, which is what our communities have long called for,” Shaheen said in a statement.

Shaheen also pushed to include $15 million toward the continuation of a PFAS health impact report she first started in the fiscal 2018 NDAA.

(Photo by Jessica Radanavong on Unsplash)