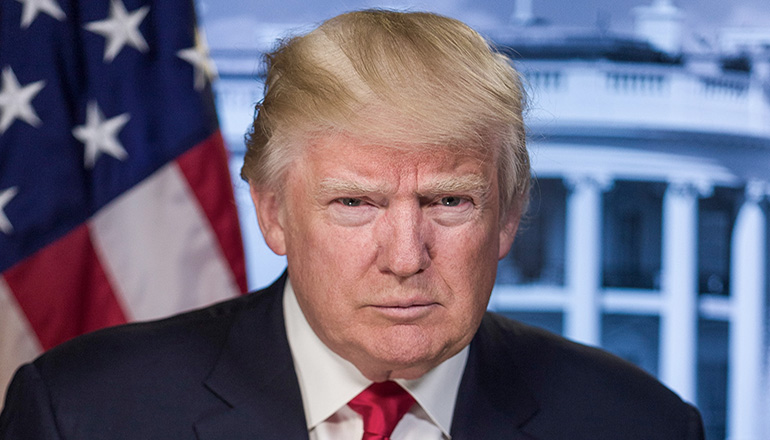 (Missouri Independent) – Former President Donald Trump ruminated on election fraud and Democratic wrongdoing during a rally on Saturday while teasing a potential 2024 run.

Trump gave a warm greeting to Iowans and touted his win in Iowa in 2020 and his latest Des Moines Register/Iowa Poll numbers.

“As disastrous as the Biden administration has been, no one can blame the great state of Iowa because boy, we did really, really great here,” he said.

Saturday was Trump’s first visit to Iowa since before the 2020 election. Though he has not announced his candidacy for 2024, Trump gave a campaign-style stump speech, railing against President Joe Biden and emphasizing his own success in office.

He joked with the audience about a potential new slogan: “Make America Great Again, again.”

Throughout his speech Saturday, Trump continued to incorrectly claim that he won the 2020 election, noting that he “never conceded.”

“Remember, this is not about me being robbed of an election,” he said. “This is about the American people having their country taken away from them.”

He spoke in detail about grievances with specific states, incorrectly claiming widespread fraud had occurred to prevent him from remaining in office. To date, there has been no evidence of large-scale fraud in the election and multiple court cases on the matter have been thrown out.

Even so, Trump noted that he gets the “biggest cheers” when speaking about election fraud. He advocated for a complete overhaul of the election system “to ensure it’s free, fair, honest and able to be fully and quickly audited.”

Another major through-line of the speech was that Biden had undone the success of his administration.

“If Biden had just gone to the beach,” Trump joked, the southern border would have remained secure.

He emphasized crime as a growing issue in the U.S., alleging that other countries were intentionally bringing criminals into the country and that there were “bloodthirsty gangs” roaming the streets.

On policy, Trump lingered on a Democrat-led spending bill that would include a wide range of Biden’s priorities, like free community college and a child tax credit.

“We cannot allow America to ever become a socialist country. That’s what they’re doing,” he said. “And I really think it’s a step beyond that, to be a communist country.”

Trump also spent a large chunk of the speech on Biden’s withdrawal from Afghanistan, focusing on the decision to leave behind equipment.

“We should have taken everything,” he said. “Most importantly, we shouldn’t have lost 13 warriors.”

He said the withdrawal was “the most embarrassing event in the history of America.”

The vast majority of Trump’s nearly two-hour address was focused on the critique of the Biden administration, praising his own record and claiming election fraud, but Trump also repeatedly told the crowd to vote out Democrats next November.

“Practically every single Democrat lawmaker in the House and Senate has endorsed this deranged legislation,” Trump said, referring to the spending bill. “And that’s why every single one of them needs to be voted out of office next November.”

Reporter Katie Akin began her career as an intern at PolitiFact, debunking viral fake news and fact-checking state and national politicians. She moved to Iowa in 2019 for a politics internship at the Des Moines Register, where she assisted with Iowa Caucus coverage, multimedia projects, and the Register’s Iowa Poll. She became the Register’s retail reporter in early 2020, chronicling the impact of the COVID-19 pandemic on Central Iowa’s restaurants and retailers.