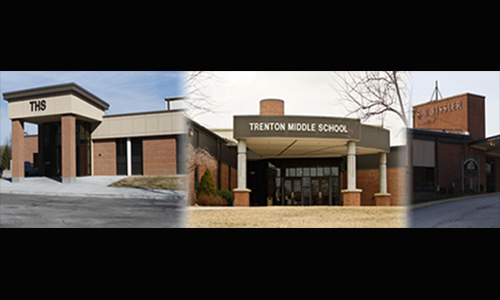 The Trenton R-9 Board of Education has offered a contract to Daniel Gott as the Trenton Middle School Principal for the 2016/2017 school year.

Gott spent his summers working at the city swimming pool in Trenton from 1998 to 2014. He became the manager beginning in 2004 when the Trenton Family Aquatic Center opened.

The Trenton High School graduate, has an Associate of Arts Degree from North Central Missouri College, A Bachelors in history education from Missouri Western State University at St. Joseph, and a Masters in Educational Administration from William Woods University.

The Trenton R-9 Board of Education also employed DeeAnn Hutchinson as a middle school counselor. This will be her first full-time school counseling job.

Ms. Hutchinson has a masters in counseling from Missouri State University at

Springfield, and a Bachelors of Arts degree in social work from University of Northern Iowa.

Ms. Hutchinson has been doing an internship this Spring in the Billings school district, with an emphasis in middle school. She did an internship at Aurora High School last Fall. Both of those communities are in southwest Missouri.