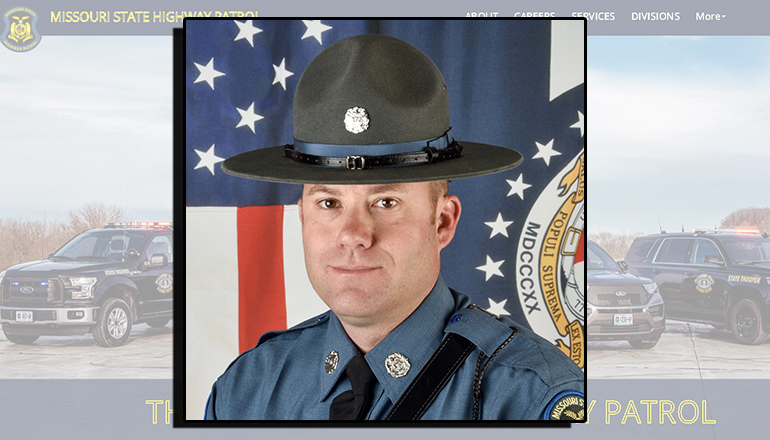 Brown was appointed to the Patrol on January 18, 2004, as a member of the 82nd Recruit Class. Upon completing his training at the Patrol’s Law Enforcement Academy, he was assigned to Troop C, Zone 1, St. Louis County. In 2006, he transferred to Troop B, Zone 2, Macon and Shelby counties. He was promoted to corporal on January 1, 2013, and designated assistant zone supervisor of Zone 5, Adair and Schuyler counties. On April 20, 2014, he transferred back to Zone 2, Macon and Shelby counties and was designated assistant zone supervisor. On October 1, 2015, he was promoted to sergeant and designated zone supervisor of Zone 3, Chariton and Linn counties. He transferred to Troop B Headquarters and was designated public information and education officer for the troop on February 5, 2017.

Lieutenant Brown grew up in Huntsville, MO, and graduated from Westran High School in Huntsville. He attended Moberly Area Community College in Moberly, MO. Brown served as a deputy with the Randolph County Sheriff’s Office prior to joining the Patrol. In 2019, Brown completed the Police Leadership: The Westpoint Model course. Lt. Brown is married to Annavee N. (Holman) and they have three children, Trace, Kambria, Quade.