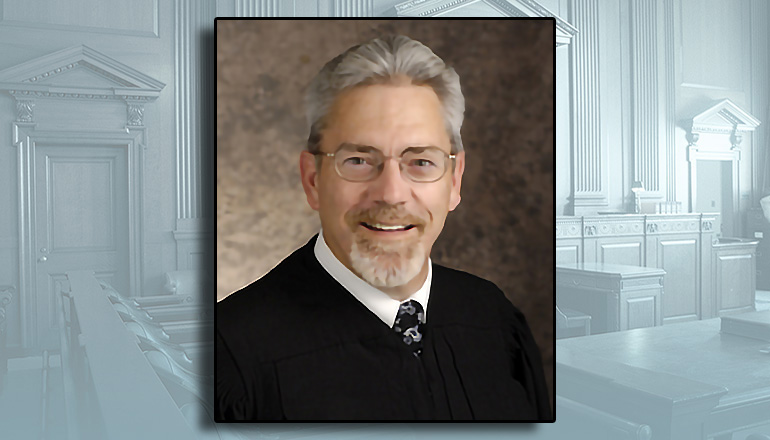 A Jefferson City native, Wilson earned his undergraduate degree from Drury College in Springfield and his law degree, cum laude, from the University of Missouri-Columbia School of Law, where he was named to both the Order of the Coif and the Order of the Barristers. He clerked at the Supreme Court of Missouri and then the U.S. Court of Appeals for the Sixth Circuit before becoming a litigation associate at the New York law firm Sullivan & Cromwell. He returned to Missouri in 1996 to work in the attorney general’s office, culminating there as deputy chief of staff for litigation and, later, as counsel for budget and finance in the office of administration. He served as a circuit judge in 2010 in Cole County before joining the Columbia law firm Van Matre, Harrison, Hollis, Taylor, and Bacon PC. Governor Jeremiah W. (Jay) Nixon appointed him to the Supreme Court in December 2012, and voters retained him for a twelve-year term in November 2014.

Wilson was raised in a home devoted to public service. His father was a longtime municipal and associate circuit judge in Cole County; his mother served as director of the county health department and the state division of maternal, family, and child health and was the first executive director of the Missouri Association of Local Public Health Agencies. Wilson is an Eagle Scout and elder of the First Presbyterian Church in Jefferson City; he previously served on the Legal Services of the Mid-Missouri board of directors. He was awarded the National Association of Attorneys General’s Ray Marvin Award in 2002 for excellence as an assistant attorney general and dedicated service in a leadership role in multistate legal initiatives and other projects. He has served for many years as the Court’s liaison to the Missouri Court Automation Committee and other committees.
Wilson and his wife, Laura O’Kelley Wilson, are the proud parents of Meredith Wilson and Alice and Julianna Whitson.
Post Views: 64