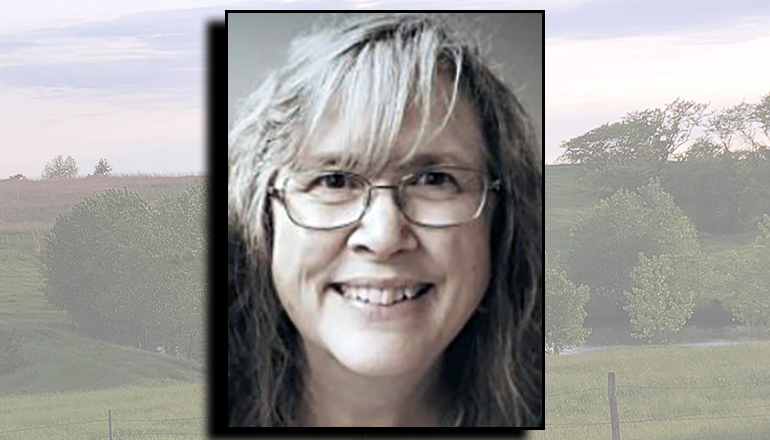 On December 6, 2022, Dena Ellen Shoop fearlessly took her place with the Lord.

Dena was born to Noel and Velda (Maude) Russell on October 29, 1954, in Trenton, Mo. Dena lived most of her life in Green City, Mo graduating Valedictorian from Green City High School in 1973.

Dena was loyal, hardworking, and dedicated to any job she endeavored. She was employed with the state of Missouri as a caseworker for 38 years, retiring in 2016. She was a devoted Christian and was a member of the Yellow Creek Baptist Church for over 50 years and the fellowship leader for over 40 years. She held many jobs in the church including bible school director, and Sunday school teacher, and was an Awanas and kids club leader.

She was an avid reader and could be found with her kindle or a book in her hand at all times. She was a wonderful baker and blessed her family as well as her church family with her baked goods. She was most known for her famous brownies. She enjoyed sewing and crocheting. Her children, grandchildren, and members of the community were often recipients of her generosity. One of the things Dena loved was buying and sending birthday cards to her family and friends.

Dena is survived by her husband, Rodney, her three sons, and three daughters-in-law as well as her 10 grandchildren and 6 great-grandchildren. Her two brothers, Randall Russell and wife Jennifer of Milan and Kendall Russell of Unionville; two brothers-in-law, Mark Shoop and wife Judy of Cave Springs, Arkansas, and Troy Shoop and wife Tina of Hallsville, Missouri, one sister-in-law Pam Crooks and her husband Darrell of Novinger, Missouri, as well as several nieces and nephews. She was preceded in death by her parents, Noel and Velda Russell, and her father and mother-in-law, Harold and Cathleen Shoop.

Funeral services for Dena will be held at 11:00 AM, Saturday, December 10, 2022, at Ruschmeier Funeral Home in Green City. Burial will follow at Mt. Olivet Cemetery, East of Green City. A visitation is scheduled for one hour prior to the service, starting at 10:00 AM, at the funeral home.