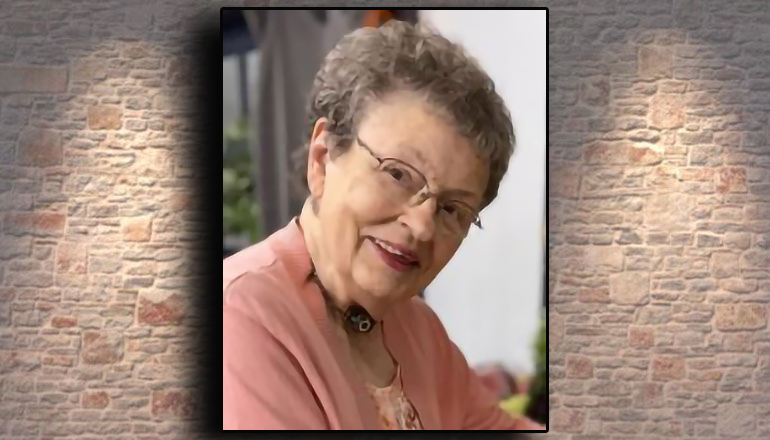 Bonnie was born October 5, 1931, in Pollock, Missouri to John William and Gladys Ann (Morlan) Sears. Cal Hubbard played matchmaker, introducing Bonnie to Ed. She married Grover Edwin Maulsby on October 4, 1951, in Unionville, he preceded her in death in 2011. She was also preceded in death by her parents, and a son in infancy, Stephen Lee Maulsby.

Bonnie grew up in Pollock and graduated from Milan C-2 High School in 1949. She worked at the telephone company until marrying Ed, together they ran Milan Cleaners until retirement in 2010. Bonnie was an active member of the First Baptist Church in Milan. She enjoyed quilting, crocheting, and painting pictures. Bonnie loved her grandkids and great-grandkids and spending time with them.

Bonnie’s funeral service will be held at 2:00 PM, Tuesday, August 16, 2022, at the First Baptist Church in Milan. Burial will follow at Oakwood Cemetery in Milan. A visitation will be held one hour before the service, starting at 1:00 PM at the church. Schoene-Ruschmeier Funeral Home in Milan is handling the arrangements.

Memorial contributions are suggested to the First Baptist Church or the Sullivan County Senior Center.