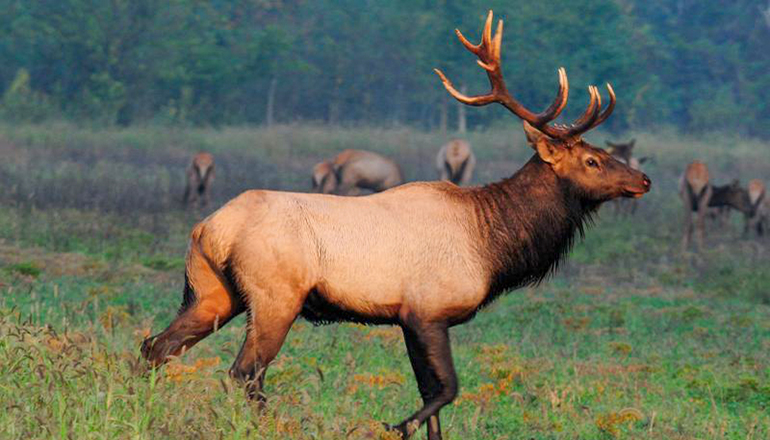 The Missouri Department of Conservation congratulates the five Missourians drawn for the state’s 2021 elk hunting season this coming fall and winter. MDC will issue one permit each to the five lucky Missourians randomly drawn from 9,714 permit applications, including one drawn from 84 resident-landowners who applied and 9,630 from other Missourians.

The five applicants drawn for a permit to harvest one antlered elk in Missouri this season are:

Each of the five can purchase their elk-hunting permit starting July 1 for a cost of $50. The five hunters can then each harvest one bull elk that has at least one antler being a minimum of six inches long. The five hunters may hunt using archery methods Oct. 16-24 and firearms methods Dec. 11-19. Each permit is valid for both the archery and firearms portions of the elk-hunting season.

The five permits may be used within Carter, Reynolds, or Shannon counties excluding the refuge portion of Peck Ranch.

Missouri’s second elk season comes after years of restoration efforts of the native species by MDC, numerous partners including the Rocky Mountain Elk Foundation, and many supporters including local communities and landowners. Learn more about elk restoration in Missouri at this link.

During last year’s inaugural elk season for Missouri, all five hunters that were drawn harvested an elk. Learn more about their hunts, including tips for a successful hunt, from the April issue of the Missouri Conservationist article, “Talking and Stalking: Inaugural class of elk hunters share lessons learned,” online at this link.