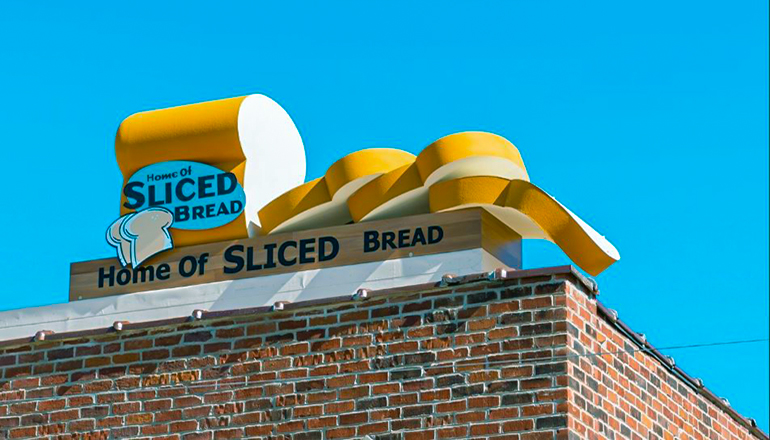 Chillicothe’s most famous invention is celebrated state-wide with Sliced Bread Day in Missouri every July 7, which is the anniversary of the groundbreaking innovation. This year the community will celebrate Sliced Bread Day with a variety of fun, community activities on the following Saturday, July 10, 2021.

Ninety-three years earlier, on July 7, 1928, The Chillicothe Baking Company was the first commercial bakery in the United States to offer machine-sliced bread for sale, marking a milestone in the baking industry and American ingenuity. The machine used to cut the bread was the Rohwedder Bread Slicer, named after its inventor, Otto Rohwedder. At the time, many bakers believed slicing loaves prior to sale would cause them to lose freshness.

“Any way you slice it, this is a part of American and Chillicothe history, and we’re excited about the community-wide events that we have planned,” said Ed Douglas with the Home of Sliced Bread Corporation.

A full day of activities is planned to mark the 93rd anniversary starting with a 5K run, a parade through the city center, a bread-baking contest, kids activities, live music performances, and more are planned. A full list of activities can be found on Facebook and at VisitChillicothe.com.