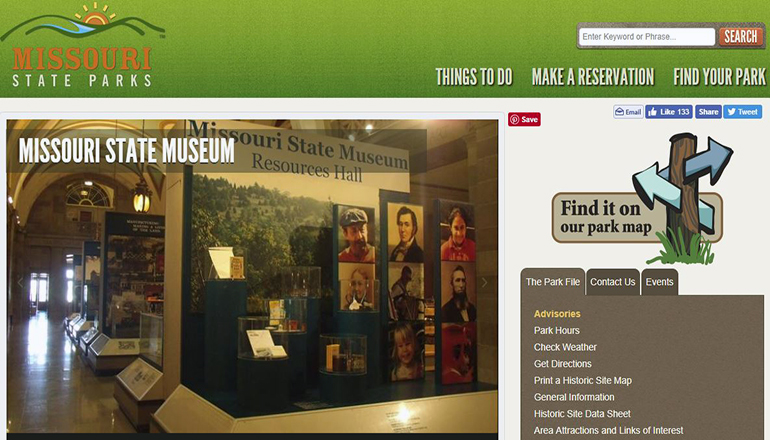 The new exhibit interprets the history of five black business districts throughout the state: The Foot in Jefferson City, The Wedge in Hannibal, Sharp End in Columbia, Vine Street in Kansas City and the Ville in St. Louis. Due to segregation and overt and institutionalized racism, business centers like these served as the cornerstone of black life, culture and survival in the late 19th and early 20th centuries. The exhibit highlights the people and events, both local and national, which influenced the growth and devolution of some of Missouri’s most prolific and thriving business communities. The exhibit will be on display at the Missouri State Museum through Sept. 15.

This is a free event. Access to the Missouri State Capitol after 5:30 p.m. is through the garage on the building’s east side.