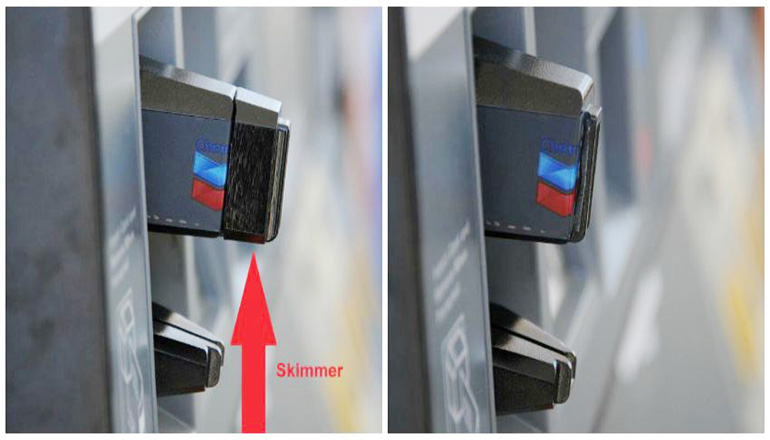 A Romanian national, who was arrested with her son at a bank ATM with dozens of re-encoded gift cards that contained stolen credit and debit card information, was sentenced in federal court for her role in a skimming operation at several local banks.

Loredana Baceanu, 31, was sentenced by U.S. Chief District Judge Beth Phillips to two years and six months in federal prison without parole. The court also ordered Baceanu to pay a total of $35,807 in restitution to her victims.

Over the span of approximately two weeks, according to court documents, Baceanu and her co-conspirators compromised the financial information of hundreds and possibly thousands of victims. Her intent was to steal as much money as possible before being detected by law enforcement, and then flee the area and repeat the same economic destruction in other communities.

Bank officials at Central Bank of the Ozarks in Springfield notified law enforcement on Oct. 12, 2018, of suspicious activity that had occurred at an ATM. The bank’s monitoring software had alerted them to the presence of a skimming device – a small electronic device used to steal credit card information – being placed on their ATM. When a person swipes a credit or debit card through a machine on which a skimmer is attached, the device captures and stores all the details stored in the card’s magnetic stripe. The stripe contains the credit card number and expiration date and the credit card holder’s full name. Thieves use the stolen data to make fraudulent charges either online or with a counterfeit credit card or gift card.

The Nixa branch manager was in the process of filing a police report on Oct. 23, 2018, when Baceanu returned to that branch’s ATM. The Nixa police officer who was taking the report returned to his patrol vehicle and initiated a traffic stop on Baceanu’s vehicle in the parking lot of the bank. Baceanu, who was with her 14-year-old son, had 49 gift card/credit cards in a concealed pocket within an undergarment she was wearing and $880 concealed in her bra. A Micro SD media storage card and a Florida identification card fell from somewhere within Baceanu’s shirt to the ground during her arrest.

Upon using a card reader, investigators learned that the magnetic stripes on all 49 generic gift cards had been re-encoded and counterfeited with different account numbers not original to the gift card. The Micro SD card contained stolen account information for hundreds of bank customers from various banks throughout the region.