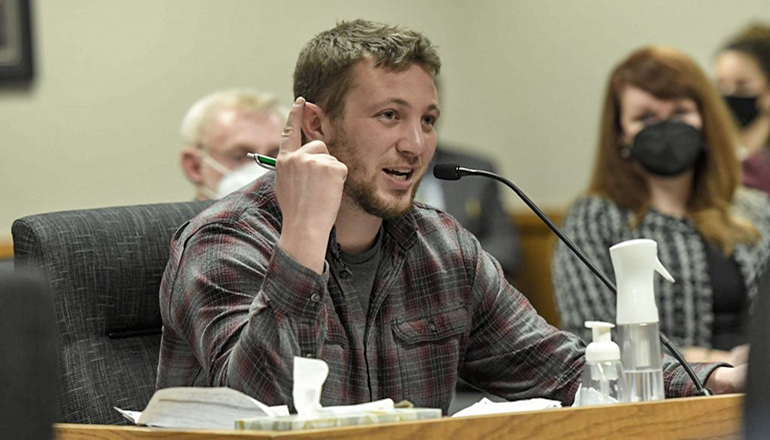 In March, Missouri Gov. Mike Parson directed the attorney general’s office to assist Gaither in an investigation into the abuse allegations at Agape Boarding School in Stockton in southwest Missouri. Former students have alleged being restrained and beaten, sexually abused, and used as manual labor during their time at the school.

Agape received renewed scrutiny following an investigation by The Kansas City Star last year in which dozens of former students described enduring abuse and close connections between the school and local law enforcement.

At the conclusion of its investigation, the attorney general’s office recommended 65 criminal counts against 22 codefendants. Those charges involved 36 victims and ranged from Class B and D felonies for abuse of a child, Class D felonies for tampering with a victim, and misdemeanors for endangering the welfare of a child and failure to report child abuse.

The prosecutor’s decision inspired Schmitt to request last week that Parson remove his office from the case, arguing that Gaither’s actions indicate “that he does not intend to seek justice for all of the thirty-six children who were allegedly victimized by twenty-two members of the Agape Boarding School staff.”

Several former Agape students told The Independent they were outraged by Gaither’s decision, with some contacting the FBI in the hopes a federal investigation could be launched in the boarding school.

Pictured in the photo is Allen Knoll, who was sent to Agape Boarding School in Missouri.  He testified during a committee hearing on Feb-10-2021, about the abuse he endured.  (Photo by Tim Bommel – House Communications)