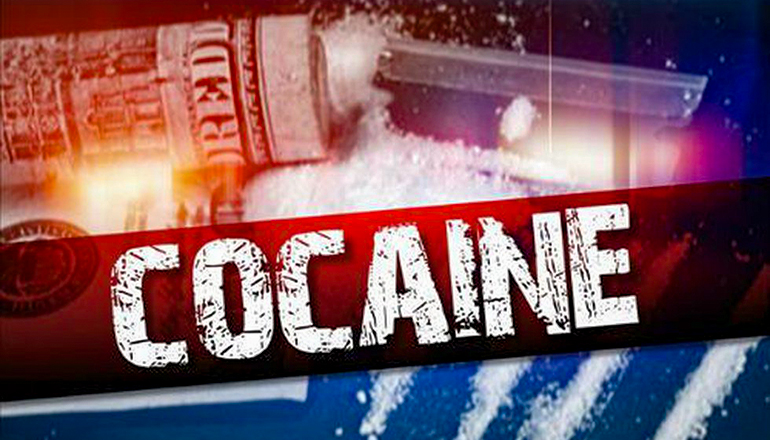 A Missouri, man who twice fled from police officers was sentenced in federal court for possessing crack cocaine to distribute.

Eldon M. Cox, 38, of Kansas City, was sentenced by U.S. District Judge Greg Kays to 17 years in federal prison without parole. Cox was sentenced as a career offender due to his prior felony convictions for drug trafficking and violent crimes.

On Aug. 11, 2021, Cox pleaded guilty to two counts of possessing crack cocaine with the intent to distribute. Cox admitted that he was stopped twice by Kansas City police officers while he was in possession of crack cocaine that he intended to distribute.

On Sept. 3, 2017, Cox was passed out in the back seat of a Chevrolet parked at a gas station on Truman Road in Kansas City, Mo. The driver’s side door was open and there was a Bohnmische Waffenfabrik/FNH .40-caliber handgun, which officers later learned had been stolen, inside the car. Officers searched the Chevrolet and found a bag with 5.52 grams of crack cocaine and a bag of 1.3 grams of cocaine in the compartment next to the driver’s door handle.

On Sept. 24, 2018, a Kansas City police motorcycle officer attempted to stop Cox near 7th Street and Benton Boulevard. Cox began to flee in his vehicle down 7th Street but only made it approximately 50 yards before his vehicle was stopped. Cox reversed the vehicle as the officer approached, driving toward the officer, who had to move to avoid being hit. Cox jumped from the car while it was moving. The vehicle continued unmanned across Benton Boulevard, hit a handicap sign, and struck a gas meter, causing a leak that required the evacuation of the block. The officer chased Cox into the parking lot behind 613 Benton Boulevard, and ultimately into an alley. The officer saw Cox pull a Taurus .40-caliber semi-automatic handgun from his front waistband along with several baggies and try and throw the baggies and the firearm over a fence. The baggies struck the top of the fence and fell straight down. The gun struck the roadway and slid into the middle of the street.

The officer caught Cox, but Cox resisted and got away. By this point, other officers had arrived and, with the help of a helicopter, tracked Cox to an apartment complex’s rear stairs and arrested him. Officers retrieved the firearm Cox had thrown into the street. Officers also found 34 baggies of crack cocaine.  Officers also found two baggies of powder cocaine in Cox’s car. Cox had $2,276 in his pants pocket.

In addition to these incidents, to which Cox pleaded guilty, Kansas City police officers and the U.S. Marshals Service were surveilling Cox on April 24, 2019, seeking to arrest him on the warrant in this case. They found Cox, but he again tried to flee.

Cox was outside the vehicle when officers approached and surrounded him. Rather than surrendering, Cox ran back into the driver’s seat, put the car in reverse, and struck a marshal’s vehicle. When Cox was unable to move the marshal’s vehicle, he fled on foot but was captured shortly into his flight. On the floor of the front passenger seat was a Glock .40-caliber handgun with an extended magazine.

This case was prosecuted by Assistant U.S. Attorneys Sean T. Foley and Sarah J. Rasalam. It was investigated by the Kansas City, Mo., Police Department and the Bureau of Alcohol, Tobacco, Firearms, and Explosives.