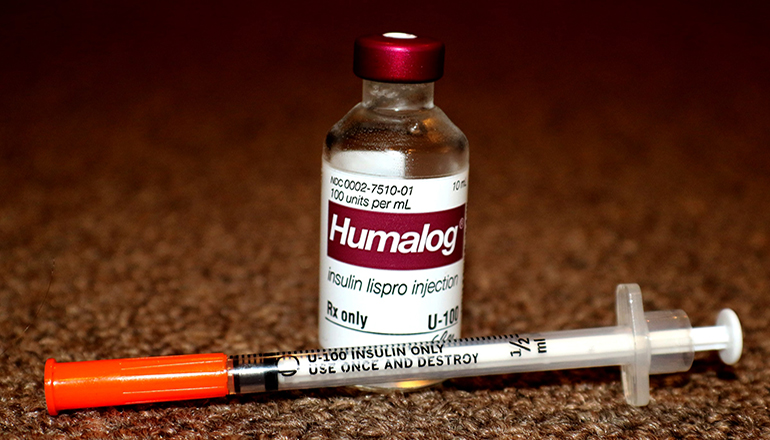 (Missouri Independent) – Two key senators have unveiled the details of a bipartisan plan to lower costs for insulin, a lifesaving drug that some Americans have struggled to afford in recent years as prices have skyrocketed.

Sens. Jeanne Shaheen, a New Hampshire Democrat, and Susan Collins, a Maine Republican, introduced the measure in June, after months of work to forge an agreement. It builds on legislation the pair first introduced in 2019 and would cap monthly co-pays for privately insured consumers as well as limit insulin rebates in an attempt to reel in list prices for the drug.

“Too many Americans are forced to ration their insulin, forced to decide what else to pay for, which puts their health and lives in danger. It is time for this to change,” Shaheen said at a press conference in the Senate announcing the bill. “We are calling for Senate leadership to move as expeditiously as possible on this bill.”

Shaheen and Collins said they are in talks with colleagues to try to get wide-ranging support and hope to see the bill on the Senate floor for a vote after the July 4 recess.

Central to their push is Senate Majority Leader Chuck Schumer, D-N.Y., who has vowed to try to advance the issue.

“No American should have to go broke to access the medicines they need to stay alive,” Schumer wrote on Twitter. “We will vote on this important bill.”

But even with Schumer’s backing and bipartisan cosponsors, the bill could face a tough road in the Senate.

Shaheen and Collins will need unanimous support from Democrats and at least nine more Republicans to advance the legislation — a threshold that has been hard to reach for any legislation in the evenly divided Senate. A bipartisan guns package, however, was one recent example.

Collins said she has been talking to colleagues to try to gain support. Many have heard from constituents who have had trouble paying for their insulin.

“What I would suggest is this is an issue that transcends partisan lines. If you have diabetes, the disease does not care if you are a Democrat or a Republican,” Collins told reporters at a June press conference.

The U.S. House passed legislation in March that would cap insulin co-pays at $35 for Americans with private health insurance. A dozen Republicans supported that bill, but the majority of House Republicans voted against it. The Senate proposal is broader and could potentially draw more opposition.

Earlier this year, Schumer placed the House bill on the Senate calendar as a placeholder. The procedural move allows the issue to come to the Senate floor without going through the full committee process first.

Insulin is a life-saving medication for those with diabetes, but it has been increasingly difficult for some people to afford it. The cost of the four most popular types of insulin has tripled over the last decade, according to the American Diabetes Association.

Insulin prices have increased far beyond inflation rates — more so in the United States than the rest of the world.  Americans pay 10 times more on average for insulin than people in other developed countries, according to an analysis from the federal government.

For people with Type 1 diabetes, their body stops naturally making insulin, and they need daily medication to survive. But 1 in 4 Americans with diabetes have rationed their insulin, according to ADA. Skipping doses can cause grave short-term or long-term health effects.

Leaders of the three major companies that manufacture insulin — Eli Lilly, Sanofi and Novo Nordisk — have said they are not to blame for the rising prices. They told lawmakers in congressional hearings in 2019  that they could not lower the prices of insulin because of the way health insurance companies and pharmacy benefit managers operate.

Entrenched rebate systems create a gap between the manufacturer’s list price and the price of insulin at the counter for purchasers. Pharmacy benefit managers negotiate rebates and coupons for their members, but those savings are not always available to purchasers and the uninsured are often left paying the full list price.

Representatives from the drug manufacturers told States Newsroom that they are still reviewing the Senate proposal.

“We just received the working draft and will be reviewing it this week,” said Antoinette Forbes, a spokesperson for Eli Lilly. “But, we are encouraged by the patient-centric language that is a step in the right direction.”

Likewise, a spokesperson for Sanofi said the company is still reviewing the proposed legislation and could not speak to its specifics yet. In the past, the company has supported caps on monthly co-pays and legislation that would require rebates to be shared with patients at the pharmacy counter.

Sanofi also recently announced a new program that will beat the federal government to the punch of lowering costs for some consumers.

The Paris-based company said on June 29 that it will cut the price of its insulin from $99 per month to $35 per month for uninsured U.S. residents. The savings, which go into effect July 1, go to uninsured people who have a savings card with the Insulins Valyou Savings Program.

The Senate bill, called the Improving Needed Safeguards for Users of Lifesaving Insulin Now, or INSULIN, Act, aims to address both patient co-pays and list prices.

It would cap monthly co-pays for insulin at $35 a month or 25 percent of the list price — whichever is lower. This would affect those in commercial health care plans and Medicare Part D.

That language is similar to the legislation Sen. Raphael Warnock, a Georgia Democrat has been pushing all year.  His bill has 35 Democratic cosponsors.

The Warnock language could provide financial relief to at least 1 out of 5 insulin users with various kinds of private health insurance, according to an analysis of insurance claims data from the Peterson Center on Healthcare and Kaiser Family Foundation.

Shaheen and Collins also included additional language that aims to reduce the overall price of insulin, not just how much insured patients have to pay for it.

Their proposal would prevent insurance plans and pharmacy benefit managers from collecting rebates on insulins, as long as manufacturers agree to cap their prices at the 2021 “net price,” the level consumers with a rebate would have paid after the rebate.

The language is meant to encourage drugmakers to lower prices and keep the middleman rebates out of the equation — which drives up drug costs at the point of sale.

The price of insulin at the counter is a combination of the amount that goes to manufacturers and to pharmacy managers — which also includes coupons and rebates. Currently, manufacturers say they are stuck in a system where pharmacy benefit managers favor products with high list prices and deep rebate coupons that help them attract clients. But that system puts those who cannot access the rebates in trouble.

For insulin the differential is extreme. In 2013, the average rebates for long-acting insulin were around 2 percent to 4 percent.  But six years later, rebates were nearly 80 percent, according to an investigation by the Senate Finance Committee.

The Senate proposal already has the support of some major diabetes advocacy groups, including the American Diabetes Association and  Juvenile Diabetes Research Foundation.

“Right now we have a broken system, where people with diabetes can pay $300 or more for a vial of insulin while others in the health system receive discounts,” said Cynthia Rice, chief mission strategy officer at JDRF. “The INSULIN Act will take important steps for the diabetes community.”

“What this legislation and leadership provide is a more comprehensive solution that addresses the multiple factors that lead to the in-affordability of insulin,” said Robert Gabbay, the chief scientist at ADA.” This legislation is what people with diabetes need around the country.”

Scrutiny for the middleman

Pharmacy benefit managers are an unseen part of the drug pricing system with enormous influence. The middlemen negotiate rebates and fees with drug manufacturers and create lists of drugs covered by insurance and reimburse pharmacies. The largest pharmacy benefits managers are vertically integrated with large health insurance companies.

Their role in the drug pricing system is facing increased scrutiny in the federal government — both in the Senate insulin legislation and elsewhere.

The Federal Trade Commission has launched an investigation into the industry.  Republican members of the House Education and Labor Committee recently asked the Government Accountability Office to study PBMs and their role in the supply chain.

And the Senate Commerce Committee recently approved legislation from Sens. Chuck Grassley, R-Iowa, and Maria Cantwell, D-Wash., that would give the FTC more oversight power over PBMs and require them to report on pricing and pharmacy fees.

“Only drug manufacturers set prices, PBMs negotiate rebates to get the lowest net cost,” Kristin Bass, chief policy and external affairs officer at the Pharmaceutical Care Management Association, said in a statement to the FTC.

(Photo by David Moruzzi on Unsplash)