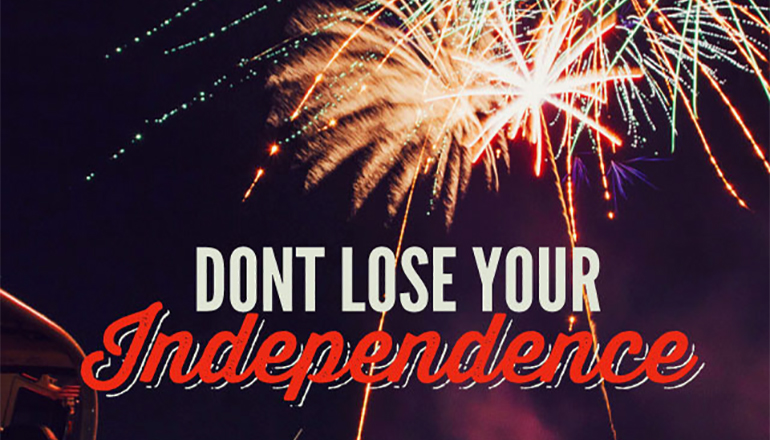 To assure that you only see the flashing lights of fireworks this Independence Day, and not those of a police car, be smart – don’t drive impaired.

Local law enforcement will be especially watchful for impaired drivers June 30 – July 4 for this year’s Drive Sober or Get Pulled Over campaign.

“Whether it’s the loss of a loved one or someone is seriously injured, each and every impaired driving crash is 100 percent preventable,” said Meghan Carter, executive director of MADD Missouri. “We remind everyone, if your plans include alcohol, whether on land or on water, plan ahead for a safe ride home.”

The Missouri Coalition for Roadway Safety recommends simple tips to avoid a substance-impaired driving tragedy: designate a sober driver, call a cab or sober friend, call law enforcement if you suspect an impaired driver and always wear your safety belt.

Keep in mind some of the consequences of choosing to drive impaired:

Driving impaired, or riding with someone who is, isn’t worth the risk.  The goal of zero deaths is attainable. Be smart – drive sober or get pulled over.