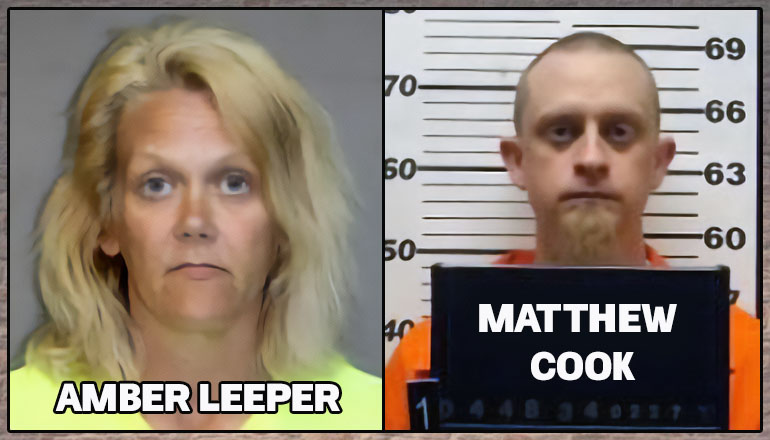 The Grundy County Sheriff’s Office reports the arrest of two Trenton residents on June 22nd, one on a stealing charge and another on a probation violation and misdemeanor charges.

Thirty-seven-year-old Matthew Cook was arrested by the Trenton Police Department and has been charged with felony stealing $750 or more. His bond is $15,000 cash only, and he is

scheduled for the Associate Division of Grundy County Circuit Court on June 28th.

A probable cause statement accuses Cook of appropriating $10,000 cash from a victim by deceit for the property at 1915 Chicago Street.

Forty-three-year-old Amber Nycole Leeper has been charged with the misdemeanors of violation of an order of protection for an adult and resisting or interfering with an arrest, detention, or stop. She also allegedly violated her probation on an original felony charge of forgery.

Court documents accuse Leeper of violating the terms and conditions of an order prohibiting her from remaining on the premises of 71680 Northwest 25th Street by refusing to leave on June 21st. She is accused of resisting arrest by refusing to comply with directives and pulling away from Deputy Seth Cox numerous times.

Leeper is also accused of transferring a check for $2,950 in November, knowing it purported to have a genuineness it did not possess.

Court documents note she has pleaded guilty in Mercer County Circuit Court in May 2014 to two counts of theft or stealing a credit card or letter and in November 2016 to defrauding a secured creditor.