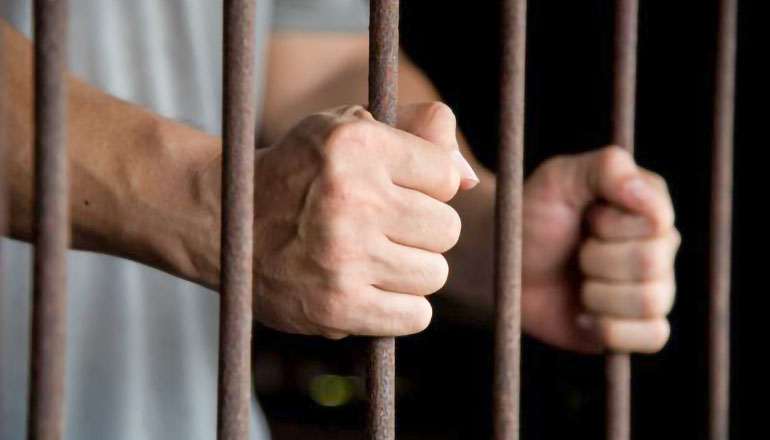 (Missouri Independent) – Khadijah Wilson had a bully during her junior year at Francis Howell North High School in St. Charles.

She told her principal and teachers about the name-calling, and how the other girl constantly threatened to beat her up. But no one intervened. It went on for several months.  “I reported it more and more,” Wilson said, “knowing that it was getting worse.” One day it got to be too much, she said, and she hit the girl.

A police officer came to the school, put her in handcuffs, and took her to an adult jail — because she was 17. Under Missouri law at the time, 17-year-olds were immediately processed as adults, and she was charged with assault in the third-degree.

She spent three months in St. Charles County Corrections awaiting her court hearing and sharing a room with adult women facing serious charges.  “I cried every night,” said Wilson, now 22. “I prayed, ‘God, please just take me out of here.’”

Wilson was among those who rejoiced in June 2018 when Missouri passed a law to stop automatically charging 17-years olds as adults — joining 45 other states.

The law was supposed to go into effect on January 1.

But two weeks into the year, only two Missouri counties — St. Louis County and Jackson County — have started processing 17-years-olds through juvenile systems.

The majority of Missouri prosecutors say the law is contingent on funding, and state legislators have not allocated the money necessary to pay for social services and other added costs that come with expanding the juvenile court system.

However, Missouri will soon have to abide by the federal legislation that also passed in 2018 that will require that youth held in adult jails — including those charged as adults — be removed to juvenile detention centers by December 21.

“It’s time to act now,” said Latrisha Gandy, an organizer with Metropolitan Congregations United, a group that advocated for the legislation.

The law makes two conflicting mandates that have left the courts and prosecutors confused.

It states: “Expanding services from 17 years of age to 18 years of age is a new service and shall not be effective until an appropriation sufficient to fund the expanded service is provided therefor.”

Rep. David Evans, R-West Plains, who chairs the Missouri House’s Blue Ribbon Panel on Juvenile Justice, estimates that it would cost between $10 to $16 million a year to implement the law.

Any county putting a 17-year-old in adult jail could be violating the law, Evans said.

Over the last two years, prosecutors have not been able to get Missouri legislators to clean up the legislation, said Steve Sokoloff, general counsel for the Missouri Association of Prosecutors Attorneys.

“The legislature had the opportunity to fix this over two sessions,” said Sokoloff, referring to the 2020 regular session and the special session on criminal justice in the fall. “The law is not very clear, and they didn’t do anything to rectify that and clarify that.”

Now, Sokoloff is representing Cole County Prosecuting Attorney Locke Thompson in a lawsuit that aims to convince the court to rule in the matter for prosecutors statewide.

Thompson argues in the petition — filed on Dec. 23 — that legislators have not made the necessary budget appropriation to fund expanded juvenile services.

The prosecutors association isn’t advocating for the law to be interpreted one way or the other, Sokoloff said.

“It’s just a question of — tell us what it is so we can act accordingly,” he said.

St. Louis and Jackson counties said they aren’t waiting for the court’s ruling or for funding.

“We are ready to do it without funding from the governor’s office,” said Rick Gaines, chief juvenile officer in St. Louis County, during a rally on Dec. 10. “This is the right thing to do. Seventeen-year-olds are still kids, and we want to treat them like that.”

Sokoloff said it’s “really problematic” that the two largest counties in the state are moving ahead with the legislation because it creates inconsistency.

In St. Louis city, Circuit Attorney Kimberly Gardner is concerned that implementing the law without funding could further harm one of the state’s most vulnerable populations.

“You are going to hurt these kids worse if you are putting them in a situation where there are no services,” Gardner said.

She is interpreting the law the same way as the prosecutors association, she said, along with the Missouri Juvenile Justice Association.

“We have to follow the law,” Gardner said. “Right now there is no appropriation, and based on the language they wrote into this bill, it does not take effect until that appropriation is in place.”

Evans, who was previously a juvenile court judge, said that the juvenile court system can prevent young people from a “bleak future” with the many services it provides.

Evans said he and Rep. Wayne Wallingford, R-Cape Girardeau, who sponsored the bill changing the law when he was serving in the Senate in 2018, have tried to get to get funding into the state budget but “couldn’t get it across the finish line.”

And budget cuts due to the pandemic made that task even more difficult in 2020, he said.

At this point, Evans said he’s waiting for the judge’s ruling to guide him on how Missouri legislators should proceed.

“If they say, ‘It’s already effective, you should have been doing something already,’ then the goal would be to get some sort of emergency funding for it,” Evans said.

If they don’t, Evans said he will try to take more time to clarify the provision’s language and “get it done right.”

One clarification Evans hopes to make is the issue of the Juvenile Justice Preservation Fund that the law established. About $2 million has been raised through a court surcharge tax that the law mandated. The fund was meant to be “used for the administration of the juvenile justice system,” the law states.

However, it gives no instructions on how to distribute those funds among the courts. Evans introduced a bill in March that would have, in part, directed those dollars back to the courts in the amounts that they paid them. It didn’t pass.

Advocates say Missouri legislators have known that the state would have to abide by the latest reauthorization of the federal Juvenile Justice and Delinquency Prevention Act, regardless of what any Missouri court rules.

Directing 17-year-olds into the juvenile system will actually help the state save money, advocates argue because juvenile courts have the resources to prevent youth from reoffending.

Any change in the law came too late for Wilson.

Immediately after the fight with her bully, she only went to an adult jail for one day. However, when she showed up for her court date, she said the court administrator told her she wasn’t in the system. A warrant was later issued for her arrest — for failing to appear — and that’s why her jail time was so severe.

Wilson couldn’t afford to pay the $10,000 bond that would’ve kept her out of jail pretrial. And she couldn’t pay for a lawyer that might have been able to decrease the offense to a misdemeanor and kept the felony off her record — making it hard for her to get a job.

Wilson, who now works at the Organization for Black Struggle, where she completed her community service, said Missouri needs to implement the law now.

“I believe it’s important,” she said, “because it’s kids like me who have no option but to just let the system do what they want to do with us until we’re finally free.”