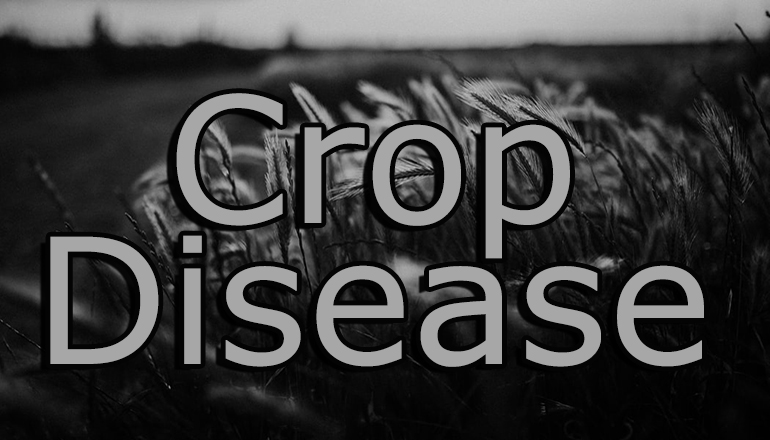 Climate change has already made Missouri a little more hot and humid but has also caused some diseases for crops like corn and soybeans to become more prevalent. If not treated properly, farmers could see a significant loss in crop yields. However, there are ways Missourians can both fight off these crop diseases and combat climate change.

Kaitlyn Bissonnette, a plant pathologist for MU Extension, said that she has seen climate change impact crop production by changes in disease varieties and prevalence in Missouri. These diseases, including tar spot and bacterial leaf streak of corn, are unfamiliar to most farmers in Missouri.

“Diseases like those, which were detected in 2019, have previously never been seen in the state and could cause high yield losses unless farmers are aware of the disease and manage it properly,” Bissonnette said.

Increases in the amount of moisture in the atmosphere caused by climate change have brought these new diseases to the state.

“We’re in an unprecedented wet period here in Missouri that began in the early 1980s and has continued over the past few decades,” Patrick Guinan, a climatologist for the University of Missouri Extension, said.

Guinan explains that as temperatures rise, the air can hold more moisture. This moisture, in Missouri’s case, mostly comes from the warming Gulf of Mexico. Warming oceans means the air is able to hold more water vapor, creating more opportunities for moisture and precipitation.

“We’re dealing with the disease in more varieties farther north in the states than historically has been seen,” Bissonnette said.

For example, Cercospora leaf blight on soybean crops has become more common than in previous years. The crop disease has long been a problem in the south, but it is now more common in the north-central region of the United States, according to the Soybean Research and Information Network.

Cercospora leaf blight is caused by a fungus that creates discoloration on the leaves’ surface with light purple irregularly shaped patches. As the disease worsens, the leaves fall off the plant. Unlike other diseases, it rarely causes yield loss unless untreated. The disease favors warm and humid conditions.

Bissonnette said she thinks that climate change and environmental differences from year to year will impact whether or not diseases, like tar spot and bacterial leaf streak on corn and Cercospora leaf blight, stay present in the state.

“Historically, with what the environment used to be like in Missouri, the conditions were not conducive to the development of these diseases, but now they are,” Bissonnette said. “How we manage disease is going to change, it’s almost like we’re becoming a little more tropical of an environment, more of a southern climate than the northern climates that are less humid and a little bit cooler.”

The Food and Agriculture Organization of the United Nations (FAO) supplies information on agricultural practices that prevent harmful diseases and pests like crop rotation, the use of resistant seed varieties, and a very limited use of chemical pesticides.

Crop rotation promotes the use of different nutrients in the soil and the inability of pests and diseases to establish themselves around the crop. The use of resistant seed varieties and limited synthetic chemicals also allows a new balance to form in the ecosystem that works together to fight such diseases.

“The most important first step in thinking about diseases is to realize that diseases must be managed and not controlled,” the FAO states. “Management means a complete set of activities that support each other.”

If help is needed to evaluate crop samples or answer questions, reach out to the MU Extension agent in your county. You can also find information that is available on the Take Action website, a national database that is provided by the United Soybean Board.

“Agriculture really needs to be a systems approach,” Bissonnette said. “It’s not just about how I manage just my diseases, just my weeds, just manage my insects or just my nutrients. You have to think about it as a big picture.”