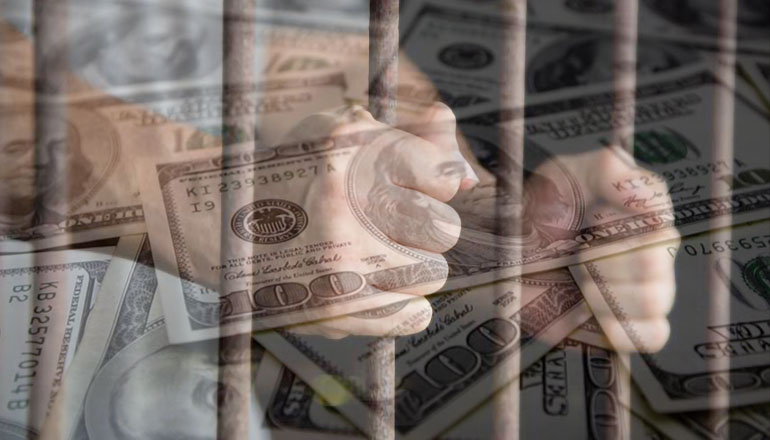 The state owes Missouri counties more than $32 million for housing and transporting inmates who end up going to state prison. Missouri’s tab has been a problem for years, but the amount has grown in recent years by a significant amount. In October 2017, Missourinet reported the state was about six months behind in paying its county jail bills with an overall $19 million dollar deficit.

The state House Subcommittee on County Prison Per Diem Reimbursement is trying to find ways to shrink the overall cost the state is piling on. The solutions vary among state elected officials as to how to reduce the financial gap.

During a hearing today, Representative Don Mayhew, R-Crocker, says the state needs to pay its bills. “I don’t know how we got in this position in the first place, but now we’ve got to get ourselves out of it.”

Several county officials attended to speak about the matter. A couple of them said their counties could not get away with falling behind on their bills and neither should the state.

Boone County Presiding Commissioner Dan Atwill says the state owes his county about $1 million.  “Boone County is dependent upon sales tax for almost 70% of its total revenue,” says Atwill. “For the last five years, that has not increased but our population has increased in that same five-year period by 10,000 residents. We’re in a budgetary squeeze and this is a big part of it. So, we need your help.”

Atwill says Boone County relies on the state tremendously to fill this void. “The buck doesn’t stop here in Boone County,” says Atwill. “We’re at ground level. We’re the earthworms of government and a lot of things roll downhill to us that we just have to deal with and this is one of them. It wouldn’t be so bad if this were the only thing that we were dealing with.”

Franklin County Presiding Commissioner Tim Brinker says the state owes his county about $400,000. “We are just underway completing a $35 million jail expansion in Franklin,” he says. “We have a jail with capacity right now – a maximum of 130 that we’ve stuffed 217 in it in a given day.”

Calloway County Presiding Commissioner Gary Jungerman says the state owes his county about $328,000 from at least the past year. “Right now, the fear is we’re going to lose it all. We can’t lose it all,” he says. “We’re willing to sit down and talk about the situation and try to figure some things out, but to say that it’s gone is not the correct answer because it’s going to cause many jails to shut down probably.”

Jungerman says the daily cost increases if his jail is short-staffed and overtime is needed. Rising utility, meals and healthcare costs also jack up the price. Jungerman says the rising costs are felt by other Missouri jails, not just his. “We’re booking about 2,800 people a year through our lovely hotel,” he says. “There are many counties across the state in the last few years that have run bond issues because of jail issues. I can’t speak for all those counties, but they passed. But I’ll speak for Callaway County. The general public, the voters of our counties, still believe that criminals need to be in a jail.”

The Department of Corrections gets a set amount of money each quarter to dole out to counties. When the money is out, counties must wait until the next quarter for the chance at getting what they are owed.