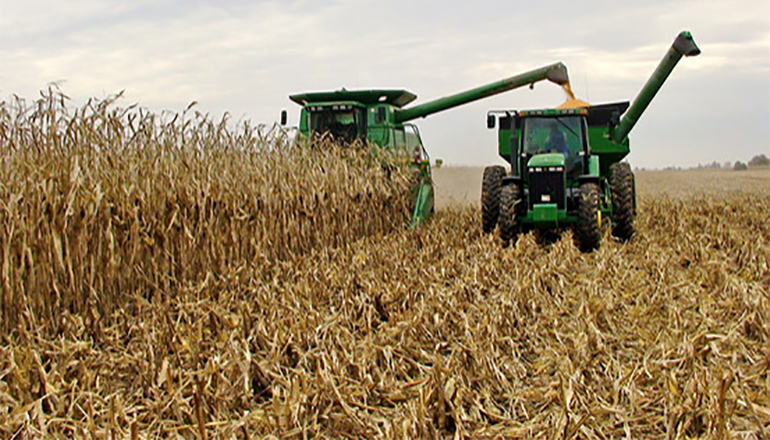 Farming plays a vital role in Missouri’s economy, history, and identity and In the coming weeks, farmers across the state will be harvesting their crops.

The Missouri State Highway Patrol reminds drivers to share the road. Expect to see an increase in farm machinery traffic–especially on rural highways. Please obey all traffic laws and remain vigilant. Farmers and motorists alike are encouraged to be safe, courteous drivers.

There were 186 Missouri traffic crashes involving farm equipment in 2018. In those crashes, seven people were killed and 66 were injured.

* Stay alert for slow-moving farm equipment.
* When you come up behind a tractor or other farm machinery, please slow down and be patient. Wait to pass until you have a clear view of the road ahead and there is no oncoming traffic. Never pass on a hill or curve.
* Collisions commonly occur when a motorist tries to pass a left-turning farm vehicle. A tractor that appears to be pulling to the right side of the road to let motorists pass instead may be preparing to make a wide left turn. Watch the farmer’s hand and light signals closely.
* Pay close attention to farm equipment entering and leaving the highway from side roads and driveways.
* Special attention must be paid when traveling at dawn or dusk when the sun makes it difficult for drivers to see.

* Make sure any farm equipment being driven on Missouri roadways is properly marked with lights and a “slow-moving vehicle” emblem.
* Drive as far to the right as possible.
* If traffic accumulates behind you on a road where it is difficult to make a safe pass, you should pull off onto the side of the road in a level area, so the vehicles can pass.
* If possible, never travel on roadways at dawn or dusk when it is more difficult for drivers of other vehicles to see. However, Missouri law allows agricultural machinery and implements to be operated on state highways between the hours of sunset and sunrise for agricultural purposes provided such vehicles are equipped with the required lighting.
* Like other motor vehicles, most modern farm tractors have seat belts. Always use a seat belt when operating a tractor equipped with a roll-over protection structure.
* Often, all-terrain vehicles are used for agricultural purposes. ATVs being used for farming can only travel on highways during daylight hours and must be equipped with lights, a bicycle flag, and a “slow-moving vehicle” emblem. The law requires anyone under the age of 18 to wear a safety helmet when operating an ATV; the Patrol, however, recommends operators wear a safety helmet regardless of age.