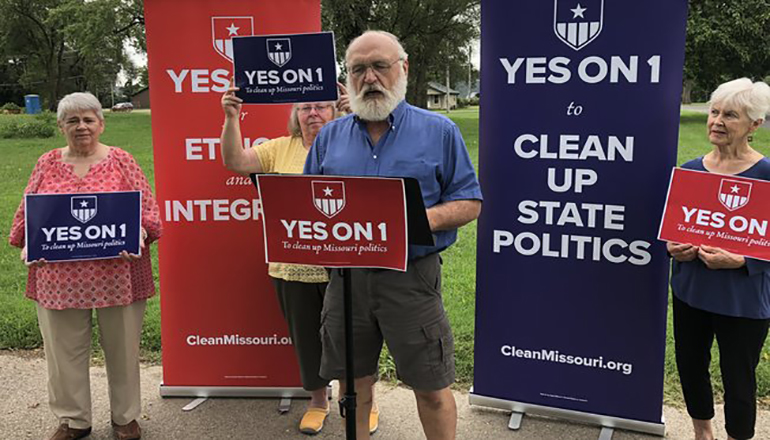 Hands off Amendment 1. That’s the message from supporters of the “Clean Missouri’ ballot initiative to state lawmakers, who begin the 100th General Assembly next week.

The anti-gerrymandering measure passed by 62 percent of the vote in November, but Gov. Mike Parson and several legislators are already calling for major changes.

Joan VonDras with the Sierra Club’s Missouri Chapter gathered signatures for Amendment 1 last fall. She says it has strong support on both sides of the aisle – even if it was opposed by political action committees largely funded by mega-donor Rex Sinquefield.

“They’re doing everything in their power to fight this, and making it seem like a liberal agenda, which is not,” says VonDras. “This is genuinely a bipartisan thing. None of us are happy about losing our democracy to big money.”

The Clean Missouri amendment takes the redistricting process away from legislators and gives the power to redraw the political map after the 2020 census to a nonpartisan demographer, whose work would be overseen by a citizen commission. Opponents of that idea say it might result in district boundaries that are confusing or contorted.

Sinquefield also recently gave $850,000 to a political action committee that supports Gov. Parson. Amendment 1 would limit the donation dollars that legislators can take from any individual.

John Bohney, who is also with the Sierra Club in Missouri and gathered signatures for Clean Missouri, says lawmakers should respect the will of the voters.