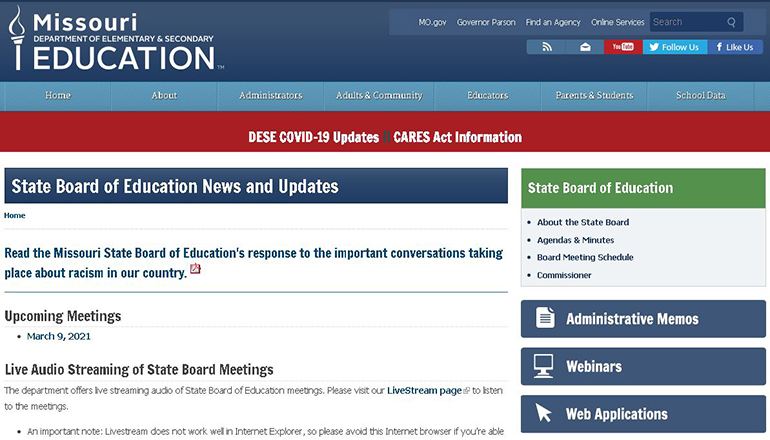 Missouri voters could decide who sits on the state board of education – not the governor. Eureka Republican Representative Dottie Bailey is proposing to let voters choose board members during each general election of a presidential election year. A House committee is scheduled to vote Tuesday on the measure.

St. Louis Democrat Ian Mackey says the resolution is intended to make the board more Republican-leaning. The measure does not currently layout any campaign donation restrictions.