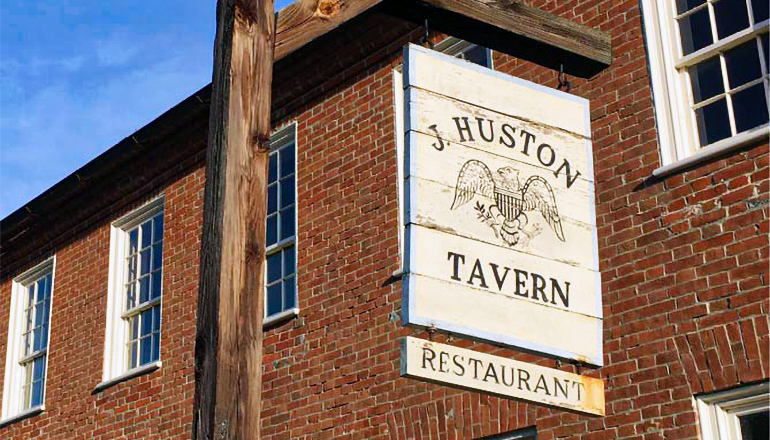 The J. Huston Tavern at Arrow Rock State Historic Site, the oldest continuously operating restaurant west of the Mississippi, is closed for the foreseeable future due to a kitchen fire last Friday evening.

“Missouri State Parks is committed to getting the tavern reopened as soon as possible,” said Ben Ellis, director of the Division of State Parks. “We have staff on-site assessing the damage to the tavern and putting plans together to repair the structure.”

The fire began in a compressor of an under-the-counter refrigeration unit. The fire was contained to the kitchen area, which has extensive damage to it and nearly all equipment in it. Damage to the exterior is limited to the south (non- street) side, so little damage is visible from Main Street.

“We are very thankful to our own Mike Dickey, Arrow Rock site administrator, and Arrow Rock’s Volunteer Fire Department chief,” said Carol Comer, director of the Missouri Department of Natural Resources. “Damage was limited to the historic portion of the building due to his quick response, which most likely saved the structure from even more damage.”

The Department of Natural Resources officially transferred operation of the tavern to the Friends of Arrow Rock on Jan. 1, 2019. The department’s Missouri State Parks continues to assist with utilities, equipment, and maintenance. The Friends of Arrow Rock reopened the tavern in March and delivered a highly successful first month, with April sales this year nearly tripling what they were last April. In just two months, the tavern grossed nearly 24 percent of last year’s total sales.

“They have had an enormous outpouring of support from the community and patrons,” said Ellis.