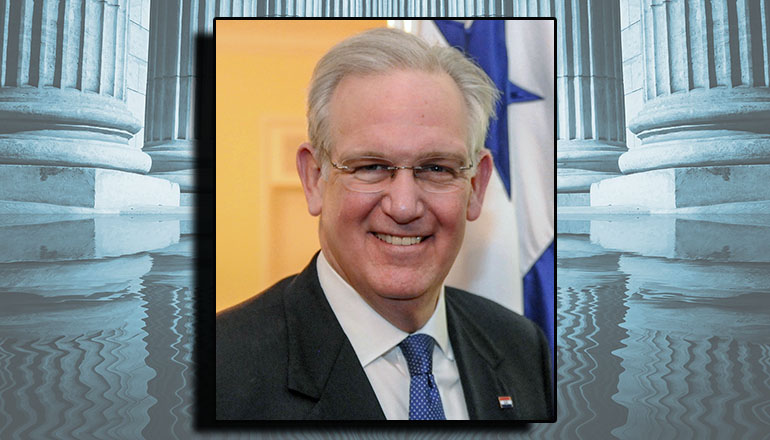 (Missouri Independent) – Roy Blunt’s announcement that he won’t seek a third term certainly shook up Republican politics in Missouri, sparking nearly every GOP elected official in the state to publicly mull jumping into the campaign.

Democrats aren’t immune from the speculation.

While any Democrat would face an uphill fight, the chance of a messy GOP primary — and maybe an Eric Greitens nomination — has a slew of possible contenders wondering if 2022 is their year.

Among those rumored to be considering a run is Jay Nixon.

Sources close to the former Democratic governor said he had no interest in jumping back into politics — until after Blunt’s announcement. And while they say it’s still highly unlikely he’ll give up life in the private sector, Nixon is said to be at least giving the idea serious thought.

The Democratic bench in Missouri has been gutted by a string of electoral defeats over the last decade, as the state has become increasingly dominated by the GOP. And the two highest-profile possible candidates — former U.S. Sen. Claire McCaskill and former Secretary of State Jason Kander — quickly pulled their names out of 2022 contention.

Despite that, there is no shortage of Democrats who are either already in the race or publicly weighing their options.

A conservative Democrat with rural roots, Nixon has won statewide races six times over the course of three decades.

He was elected as Missouri Attorney General four times and won the first of his two terms as governor in 2008. In both his gubernatorial victories, he won by double-digit margins and proved he’s capable of raising the kind of money needed for a Senate campaign.

Yet despite his previous success, the politics of the state have shifted dramatically over the course of Nixon’s political life.

When he was last elected in 2012, Democrats held all statewide offices but two. Today, Republicans control every office but one, and over Nixon’s eight years as governor, the GOP built up supermajorities in both legislative chambers.

The argument for Nixon would be that he has long had close ties with key constituencies in the Democratic Party, most notably organized labor, and would be able to reach more conservative, rural voters who have abandoned the party in recent years.

But it’s his contentious relationship with the state’s Black community that could cause him problems.

His involvement in ending school desegregation programs in Kansas City and St. Louis as attorney general, as well as his handling as governor of the 2014 uprising in Ferguson, left deep fissures between Nixon and Black political leaders in the state.

The former state senator from St. Louis County was the first Democrat to officially jump into the race, launching his campaign when Blunt was still thought to be running.

Sifton announced his intention in a web video that focused as much on Missouri’s other senator — Republican Josh Hawley — as on Blunt. In particular, Sifton pointed to the Jan. 6 insurrection at the U.S. Capitol, an event Hawley has been accused of inciting with his efforts to overturn the presidential election.

Kunce is a Marine veteran who works at a nonprofit advocating for the reshaping of corporate monopolies. He told The Kansas City Star he was joining the race shortly after Blunt’s announcement, saying he would be running on an economically populist platform.

Kunce grew up in Jefferson City and joined the Marines after graduating from Yale University and the University of Missouri-Columbia School of Law.

Kansas City’s first-term mayor announced he was considering a run for Senate the day Blunt bowed out.

If Lucas were to win, he would be the first African American to hold statewide office in Missouri.

As mayor of Missouri’s largest city, Lucas would be considered a formidable candidate should he decide to enter the Democratic primary.

But any Democrat who runs will face long odds, and the question being asked by those close to Lucas is whether an unsuccessful run for Senate in 2022 could damage his hopes of getting re-elected mayor in 2023 and derail what’s considered to be a promising political career.

Williams won his St. Louis County state Senate seat in 2018, becoming the first Black male elected to that chamber in 20 years. Like Lucas, Williams would be the first African American statewide elected official if he were to be elected.

During his time in the Senate, Williams has championed criminal justice reform measures, including a bill this year aimed at improving police accountability.

But a run for U.S. Senate in 2022 would mean giving up a safe seat in the Missouri Senate, as he’s up for re-election next year.

Gross ran unsuccessfully in 2020 for state attorney general, losing in the Democratic primary.

He’s been an outspoken advocate for transparent government, filing a lawsuit in 2018 that contends the Missouri Governor’s Office was violating the Sunshine Law by charging thousands of dollars for public records. The state Supreme Court heard arguments in Gross’ case last month.

Gross told The Independent that he is considering all options for his political future, including a possible Senate run.

A political activist and first-time candidate from Kansas City, Shepard is running on a progressive platform that includes breaking up “agriculture monopolies” and raising the minimum wage.