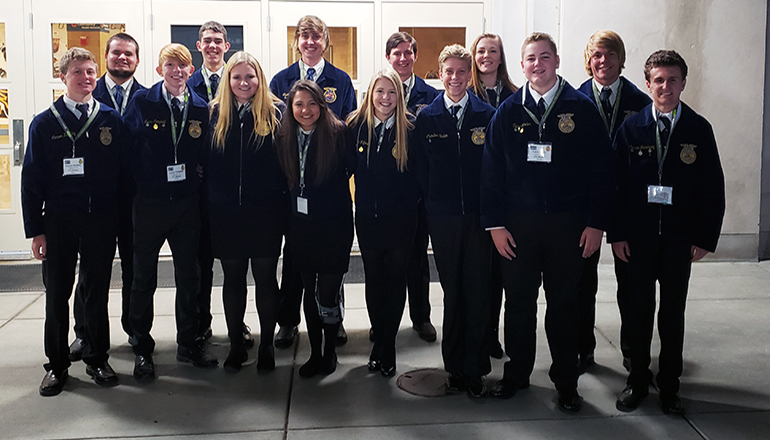 The students attended many activities while in Louisville including the leadership sessions, the career show, college fair, and convention sessions while at the convention hall. Students also attended a session where the speaker was Kyle Scheele: speaker, author, and cardboard builder; a concert featuring Garth Brooks and Ned Ledoux, Dr. Jim Wand – Hypnotist, and go-carting.

During the 91st National FFA Convention 16 members of the Chillicothe FFA Chapter were awarded their American FFA Degree, the highest degree a member can receive in the organization only given to 1% of the membership. Our chapter had the 3rd highest number of degrees by a single chapter.