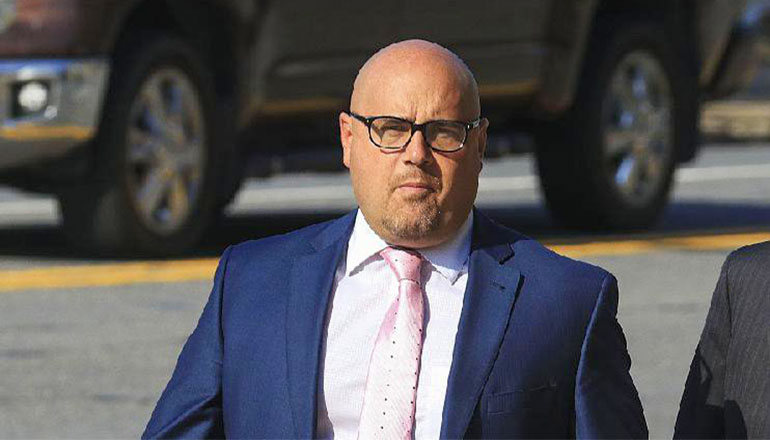 A former Arkansas state senator pleaded guilty in federal court to accepting multiple bribes in connection with a multi-district investigation spanning the Western District of Missouri and Eastern and Western Districts of Arkansas.

Jeremy Hutchinson, 45, of Little Rock, Arkansas, pleaded guilty before U.S. Magistrate Judge David P. Rush to one count of conspiracy to commit federal program bribery. Hutchinson, who was previously a state senator and representative, resigned in August 2018 after he was indicted in the Eastern District of Arkansas.

Hutchinson pleaded guilty today to his role in a multi-million-dollar public corruption scheme that involved embezzlement, bribes and illegal campaign contributions for elected public officials. Hutchinson admitted that he was hired by then-Chief Operating Officer Bontiea Goss as outside counsel for Preferred Family Healthcare, Inc. (formerly known as Alternative Opportunities, Inc.), and in exchange for payments and legal work, Hutchinson performed official acts on behalf of the Springfield, Missouri-based healthcare charity, including holding up agency budgets and drafting and voting on legislation. Goss, a former executive at the charity, is charged in the same superseding indictment to which Hutchinson pleaded guilty.

According to the plea agreement, the charity paid Hutchinson a monthly retainer from May 2014 until 2017. In total, Hutchinson was paid more than $350,000 in charity funds. Hutchinson also received hotel rooms and Major League Baseball tickets paid for by the charity, and the use of the charity’s luxury and recreational real estate.

Hutchinson further admitted as part of his plea that: he understood that he was paid by Alternative Opportunities, Inc., and Preferred Family Healthcare, Inc., primarily because of his position as an elected public official; that he worked to further the interests of the non-profit while in the Arkansas State Legislature; that Goss, along with Milton Russell Cranford (also known as “Rusty”) and Robin Raveendran, both of whom served as executives for the charity and have also pleaded guilty for their role in the bribery scheme, directed Hutchinson to move the charity’s political agenda forward in the Arkansas Senate; and that Hutchinson performed some legal work for the charity to conceal his corrupt arrangement with the charity’s executives.

Under federal statutes, Hutchinson is subject to a sentence of up to five years in federal prison without parole and a fine of up to $250,000. The maximum statutory sentence is prescribed by Congress and is provided here for informational purposes, as the sentencing of the defendant will be determined by the court based on the advisory sentencing guidelines and other statutory factors. A sentencing hearing will be scheduled after the completion of a presentence investigation by the United States Probation Office.

Hutchinson previously pleaded guilty on June 25, 2019, to bribery and tax fraud as part of a multi-district plea agreement. Hutchinson pleaded guilty to an information filed in the Western District of Arkansas, charging him with conspiracy to commit federal program bribery as part of a separate scheme involving an unidentified individual who owned and operated orthodontic clinics throughout the state of Arkansas, for whom Hutchinson had taken official action in exchange for bribes. He also pleaded guilty to one count of filing a false tax return that was part of a 12-count federal indictment in the Eastern District of Arkansas, charging him with devising a wire and tax fraud scheme in which Hutchinson stole and misappropriated thousands of dollars in state campaign contributions for his own personal use, and then filed false federal income tax returns to conceal his conduct.