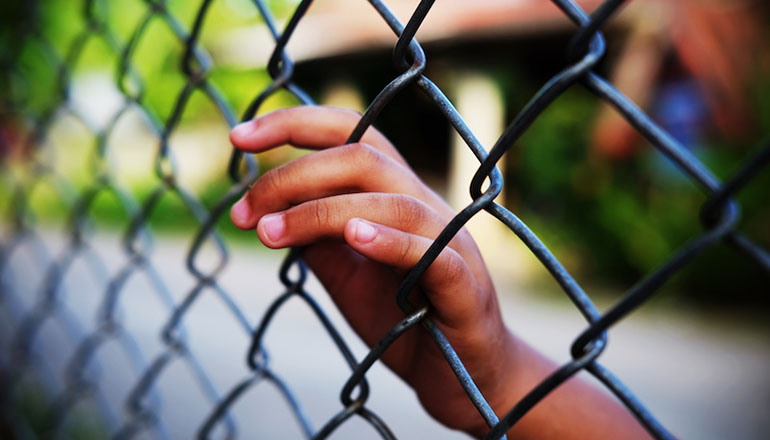 A bipartisan group of federal lawmakers will introduce a package of bills to make the way children and teens are treated more fair and age-appropriate in the federal criminal justice system.

The reforms include ending sentences of life without parole for children, establishing a minimum age for prosecuting children, and protecting due process rights of children at the point of arrest, among others.

Xavier McElrath-Bey, co-executive director of the Campaign for the Fair Sentencing of Youth, said by the time he was 13 years old, he had 19 arrests and seven convictions. He pointed out kids often are criminalized for the choices they make in response to trauma.  “I was hungry. I was living in poverty,” McElrath-Bey recounted. “I see those as opportunities where they could have said, ‘Wait a minute, why is this 9-year-old kid stealing from the store? Why is this 9-year-old kid taking quarters out of parking meters?'”

In 2019, of the more than 700,000 children across the country who were arrested, more than 200,000 were 14 or younger. According to a report from Human Rights for Kids, more than 75,000 children were prosecuted in the adult system, more than 80% of them racial minorities.

McElrath-Bey noted the legislation could be an important first and crucial step to ensure kids are viewed as untapped potential, no matter what mistakes they’ve made. “No child is born bad. It’s just that simple,” McElrath-Bey contended. “If a child is arrested, it’s our fault. It’s our responsibility. Yes, we hold them accountable, but in age-appropriate, trauma-informed, and most importantly racially-equitable ways.”

Elizabeth Clarke, founder and president of the Juvenile Justice Initiative said it’s encouraging the federal government is taking a close look at the human rights of children. “It’s time to dismantle punitive provisions in the federal and state laws and rebuild the progressive and restorative system of justice that was enshrined a century ago when the U.S. designed the world’s first juvenile court and was a leader in human rights for children” Clarke stated.

The Human Rights for Kids report found Illinois is among the worst at protecting children’s rights in the justice system. Not only is there no minimum age for prosecuting kids in state courts, but the state also allows prosecution and sentencing of kids in adult court.