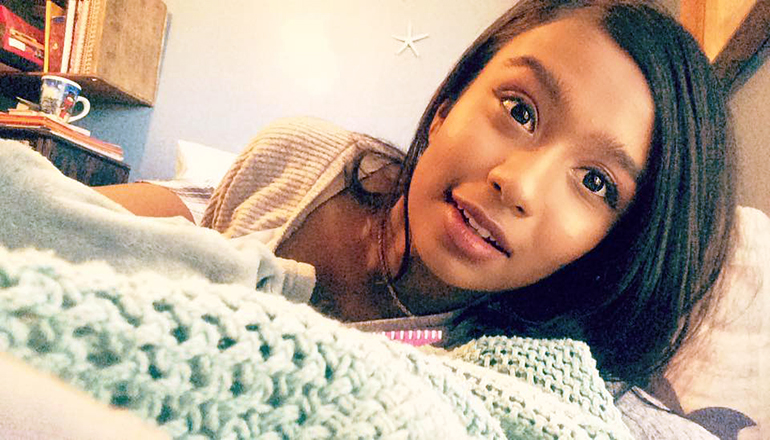 This is International Education Week and to honor that tradition, we are highlighting a young lady that has come to the United States all the way from Bangladesh.

Her name is Debora Setu and she is currently attending Tri-County High School in Jamesport this school year as a junior.  She discovered the YES program online, filled out the paperwork and soon found herself headed to the United States.

The Kennedy-Lugar Youth Exchange and Study (YES) program was established by Congress in October 2002. The program is funded through the U.S. Department of State and sponsored by the Bureau of Educational & Cultural Affairs (ECA) to provide scholarships for high school students from countries with significant Muslim populations to spend up to one academic year in the United States.

Students live with host families, attend high schools, engage in activities to learn about American society and values, acquire leadership skills, and help educate Americans about their countries and cultures. Starting in 2009, the YES Abroad program was established in order to provide a similar experience for U.S. students (15-18 years) to spend an academic year in select YES countries.

Debora’s host mother is Danielle Coon, and Ms. Setu says there is quite a bit of difference in education compared to her country of Bangladesh.

Debora says she has given several presentations on her culture since she has arrived, and that overall, she’s very glad to be an exchange student.

Setu expressed her appreciation to the Youth Exchange and Study Program as well as the Council on Interantional Educational Exchange for giving her this opportunity.  You can contact her on Facebook and welcome her to North Missouri.