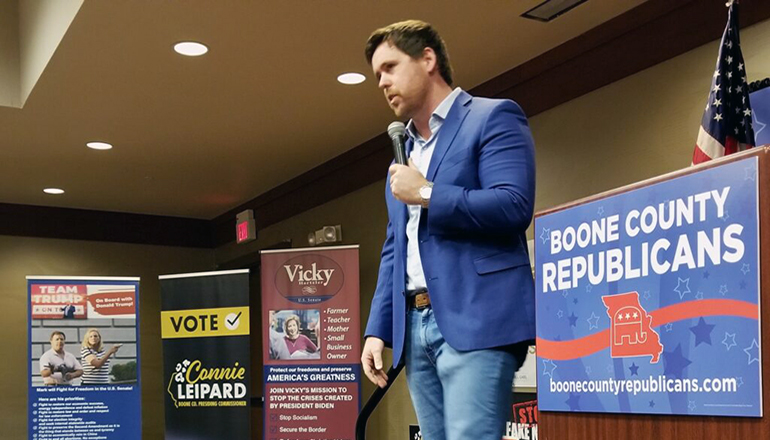 This fall he will face Democratic state Rep. Allen Green of Florissant, who was unopposed in his party’s primary, and Libertarian John Hartwig Jr. of St. Louis.

Under the Missouri Constitution, Fitzpatrick is eligible to run for re-election as treasurer for one more term in 2024.

Before his appointment to the treasurer’s office, Fitzpatrick served in the Missouri House, including a stint as chairman of the influential House budget committee.

In 2003, Fitzpatrick founded MariCorp U.S. as a boat dock repair firm on Table Rock Lake in Shell Knob, Mo. In 2006 he expanded the company’s reach to include the manufacturing and installation of new docks and boat lifts.

The auditor’s office is the only statewide position currently held by a Democrat. Incumbent Nicole Galloway announced she wouldn’t seek another term last year.