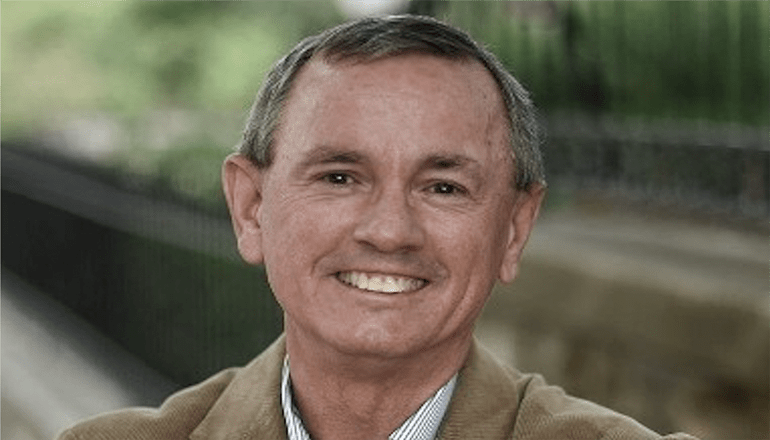 The committee, made up of five Republicans and five Democrats, said evidence obtained over the course of its four-month investigation confirmed Roeber had sexually abused two of his children in 1990 when they were 9 and 5, and physically abused two others.

“The State of Missouri has failed these children for over 20 years,” the committee’s official report said. “Although this committee cannot change the past, this committee can provide a clear record of (Roeber’s) abuse conduct.”

Roeber’s conduct, the committee said, renders him “unfit to serve as a representative in the Missouri General Assembly.”

A vote on whether to expel Roeber is expected to take place Wednesday.

The House has the authority to expel a member with a two-thirds vote. Only one member of the Missouri House has ever been expelled, in 1865. The charge at that time was disloyalty to the Union.

Roeber did not respond to a request for comment, though he vehemently denied the accusations during his sworn testimony to the committee. He testified that the allegations were the result of a “bitter divorce” and were published prior to the election as a “political hit” and “a setup.

Monday’s report described Roeber’s testimony as “combative, defensive, defiant and at times angry. At one point Roeber stated “all my kids are Democrats” and agreed he was implying that “Democrats would accuse their fathers” of sexual abuse as part of a “political hit.”

The committee concluded Roeber’s testimony was not credible.

Roeber’s second wife, Rebecca, was elected to the Missouri House in 2014.

She died in July 2019, four months after an automobile accident on her way to the Missouri Capitol. She was survived by two children and four grandchildren.

Two weeks after her death, Rick Roeber announced he was running for Rebecca’s legislative seat, saying he hoped to see his wife’s legacy continue in Jefferson City.

The allegations of sexual abuse first became public in late September, weeks before he was elected to the Missouri House.

The Kansas City Star reported that Roeber’s adopted daughter, Anastasia, said he made improper sexual advances toward her in 1990 when she was 9 years old.

She testified under oath to the committee that she felt she was “groomed by (Roeber) from a very young age… When we would ride in the car, he’d have his hand on my upper thigh just kind of rubbing it.”

She said he once took her hand and placed it on his genitals, “and I didn’t know what to do. I just froze there. I was 9.”

She says Roeber told her if she told anyone “he would be in a lot of trouble, he would go to jail and our family would be ruined.” She also accused Roeber of “drowning a litter of puppies in a nearby pond.”

She testified that Roeber later tried to apologize for the sexual abuse, saying he “was in a blackout.”

Roeber admitted to the committee that he’s an alcoholic but insisted he never blacked out from drinking.

Her mother, who married Roeber in 1984, testified to the committee that her daughter finally told her of the sexual abuse in 1993, a year after she had divorced Roeber.

A second child, who is not named in the report, admitted in therapy years later that he, too, had been sexually abused by Roeber when he was 5. The disclosure to the therapist resulted in an investigation by the Division of Family Services, which found probable cause that “sexual maltreatment” of the child had occurred

A third child, also not named in the report, described in her testimony “constant beatings with a belt.” A fourth child said the whole family has suffered a “hellish nightmare” because of Roeber.

The committee said it found the testimony of the children and their mother credible.

The committee notified Roeber two weeks ago it planned to recommend expulsion. Roeber indicated he would resign, but days later delivered his written objection to the committee’s findings and requested a formal hearing.

Roeber reversed course last week, announcing his resignation in a letter to his fellow lawmakers.

The announcement came shortly after The Independent reported on a letter House Speaker Rob Vescovo wrote to Jackson County Prosecutor Jean Peters Baker stating that over the course of the House Ethics Committee investigation, “we have learned information that needs to be forwarded to the proper authorities in your jurisdiction.”

Roeber has regular weekend visits with a minor child, the letter states, and “given the severity of the allegations raised by Rep. Roeber’s children, we are concerned for the safety of this minor child.”

Roeber made no mention of Vescovo’s letter or the accusations against him in his resignation announcement. Instead, he said he had to step down because he was moving out of his district.

However, the House refused to accept Roeber’s resignation, voting unanimously to allow the ethics committee to finish its report and present it to the chamber.