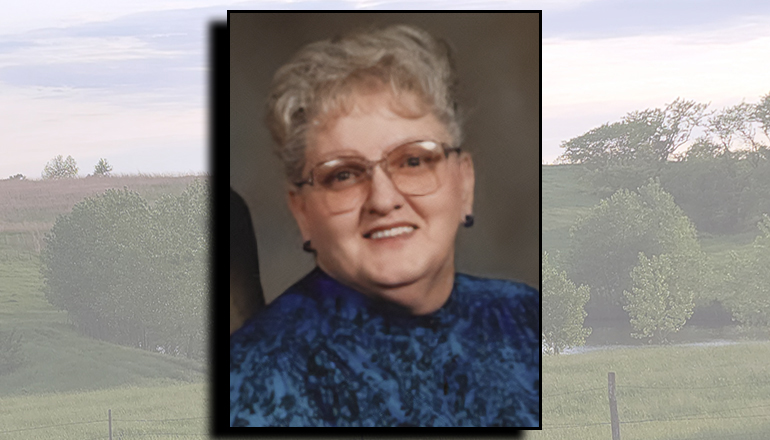 Ellen was born on October 12, 1943, to William “Bill” and Elma Marie (Taylor) Smith, in Lindley, Missouri. She grew up in Humphreys, Missouri, graduating from Humphreys High School in 1961. After graduating, she went to cosmetology school and worked with Ila Cordray in Browning at a hair salon before she ran her shop in Galt. Along with her salon, she also worked at The Tavern. She then began her career in caregiving working at Leewood Manor as a CNA, then working at Milan Health care and Stover’s nursing home. Later Ellen babysat for 10 years and loved watching all the kids. In 1967 She married Gary Couch and they were married for 55 years, he survives of the home. Also surviving are three children, Allen Couch and significant other, Gwen Courtney of Trenton, Missouri, Jane Marie Clinch (Harold) of Milan, Mo, and Melinda Daniels and significant other Rick of Moberly, Missouri; a son-in-law, Tim Daniels of Chillicothe, Missouri; grandchildren, Gary Allen Couch (Niki), Desirae Cox (Dakota), Devon Clinch (Jessica), Sarah Daniels (Keeon); great-grandchildren, Graecyn Couch, Mya Gulling, Autumn McCrary, several nieces and nephews, and great nieces and nephews. Ellen was preceded by her parents, grandparents, several brothers and sisters, a niece, and two nephews.

Ellen was a member of the Cornerstone Church formerly Assembly of God church in Milan. She loved weekend outings and dancing, going on trips to Mississippi to visit her sister. She was an excellent cook and loved cooking for family and holiday events. She enjoyed passing time by playing games on her tablet, playing pitch and checkers but most of all she loved her children and grandchildren unconditionally. She was the best friend and wife to Gary, the best mother to her children, and the proudest grandmother.

Funeral services for Ellen will be held at 2:00 PM on Wednesday, November 16, 2022, at Cornerstone Church in Milan. Burial will follow at Oakwood Cemetery in Milan. A Visitation will be held Tuesday evening from 6:30 to 8:30 PM at Schoene-Ruschmeier Funeral Home in Milan.

Instead of flowers, donations may be made to the family.