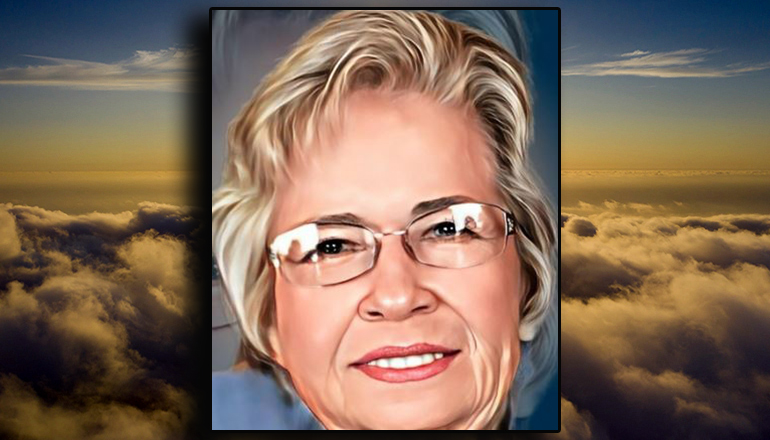 February 9, 1952, Eunice married Cecil Eugene (Gene) Holcomb of Coffey, MO. They were married her high school senior year in Bethany, as Gene was leaving for service in the Army.  After graduation, Eunice lived with her sister and was employed at Dunn and Bradstreet in Kansas City, while Gene served in Korea.

Staying only a short time in Kansas City after Gene’s return, they bought a rural home south of Bethany.  She worked for First National Bank beginning as a cashier in 1957, and eventually became Vice-President. Eunice retired in 1996.  First National is now known as Farmer’s Bank.

Eunice was a member of Coffey Baptist Church, where she loved playing piano for many years, and beginning the summer of 1974 she served as a church organist until she moved to Kansas City in 2018. She was also a member and supporter of The Gideon’s Bible Program.

Eunice had many talents including painting, baking, and decorating amazing wedding cakes, beautiful penmanship, and formal, Old English Script.  Her work was displayed on many signs; and, following Department of Transportation regulations, on many service vehicles around Northern Missouri.  Many award documents, wedding wall gifts, organizations, cemeteries, local businesses, and even senior pictures don her beautiful writing and painting.

Eunice was known as an amazing cook to almost all who knew her and had experienced a meal at her home. Those who have dined at her table understand when we say, “get out the Jell-O”. There were times there were literally four dishes that included Jell-O in some form, resulting in salads, fruited Jell-O, and desserts.