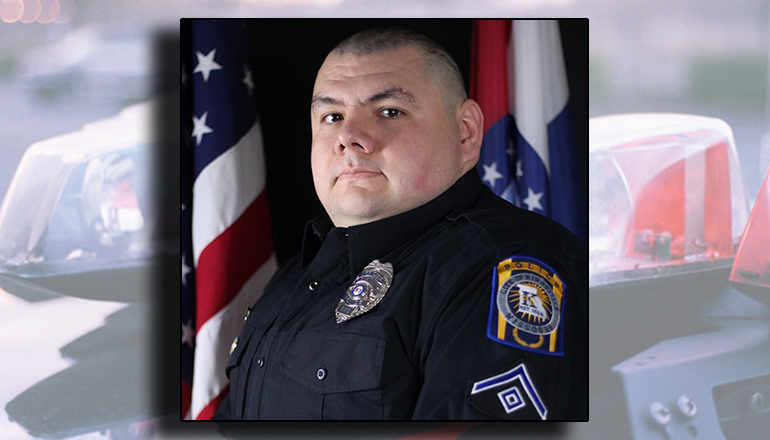 The Kirksville Police Department is pleased to announce the promotion of Master Police Officer Juan Chairez to Sergeant. Chairez will begin his duties as Sergeant on September 22, 2019.

“I’m pleased to announce the promotion of Master Police Officer Juan Chairez to the rank of Sergeant,” said Chief of Police Steve Farnsworth. “His years of experience, and dedication to the City of Kirksville will be an asset in his new position.”

“The promotion of Juan Chairez to Sergeant is the latest in recent changes for the Kirksville Police Department,” said Deputy Chief of Police Justin Jones. “I look forward to using Sergeant Chairez’ knowledge and experience to shape the future of the Police Department.”